Last week, Nasdaq came out with a monumental rule proposal that would require the companies listed on the exchange to reflect diversity in their boardrooms by appointing at least one woman and one member of the LGBTQ or a minority group. The companies that fail to do this will need to explain their reasoning to the exchange or face delisting. This comply-or-explain diversity rule is radical for a securities exchange. And could have a big impact on the more than 3,000 companies listed on the exchange. So, what does this mean for financial advisors, RIAs and family offices?

The Nasdaq diversity rule is important in three ways. First, it sends a message to Wall Street that the social justice movements in the aftermath of the killing of George Floyd and Breonna Taylor and countless others need to be translated into an actionable orientation built on accountability and good governance. Second, it develops a system of best practices which supports an unequivocal pro-growth orientation that diversity is good for business. And finally, it provides a critical ecosystem for financial planners, advisors, and family offices to be intentional in speaking to clients about incorporating a values based component into their investment philosophy.

Let’s break that down further.

Social impact
In the wake of the Black Lives Matter movement and widespread protests, many have argued that Wall Street has not done enough to incorporate change with respect to racial justice investing. As a result, the diversity rule proposal follows a number of attempts to address this issue. In October, JPMorgan announced that it would pledge $30 billion to reduce the racial equity gap. In January, Goldman Sachs said that it will not take companies public without at least one diverse board candidate. Nasdaq’s proposal would build on these efforts as well as California’s largely successful 2018 quota for women and its recent quota for underrepresented groups.

If a company is unable to meet the proposed rule’s requirements, it will not be delisted, but it will need to explain why it cannot satisfy these requirements. However, failure to publish board data can result in delisting. Diversity, as many recognize, not only advances the firms’ interests by fostering better governance but also by reducing groupthink. Craig Broderick, who previously served as Goldman Sachs chief risk officer and now serves on the Boards of several entities notes: “Making significant change to long-established practices and patterns is rarely easy or rapid, and many companies’ homogeneous board composition is reflective of that. However, it is apparent that we now have a confluence of events and pressures which require a rapid adjustment in organizations’ mindsets. It will behoove boards to lean in, rather than resist, these influences.”

Norway provides an important case study as to how the Nasdaq ruling can be more widely adopted. In 2003, Norwegian feminists, frustrated by the inequitable ratio of men to women in corporate boards successfully lobbied to have gender quotas mandated into legislation. When Norway adopted a corporate board quota in 2003, many argued that it was an extreme example of Scandinavian overreach. However, within eight years, France had followed suit and other leading countries adopted the regulation in some shape or form. As of 2020, nine EU countries had at least 25 percent women on the supervisory boards of their largest companies and France outclasses this result, as the only EU country in which there are at least 40 percent of each gender at the board level. 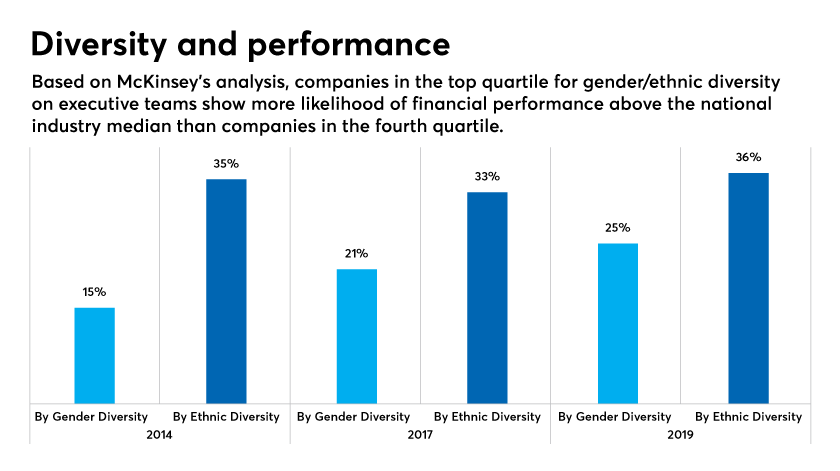 Diversity is good for business
Yet Nasdaq’s effort here is not just about virtue signaling. Numerous studies, including a Boston Consulting Group report, demonstrated that corporations with more diverse management teams have 19% higher revenues due to innovation. This finding is significant for tech companies, start-ups and the Nasdaq exchange as a whole where innovation is fundamental to growth. It demonstrates that diversity is not just a metric to be strived for; it is actually a quintessential part of a successful revenue-generating business. CNN reported that four of the five largest companies on Nasdaq, measured by market value, “have boards on which straight white men are in the minority.” They are Apple, Microsoft, Alphabet and Facebook. This further reinforces the fundamental narrative that diversity is not about optics, but rather an engine of growth consistently contributing to the bottom line. 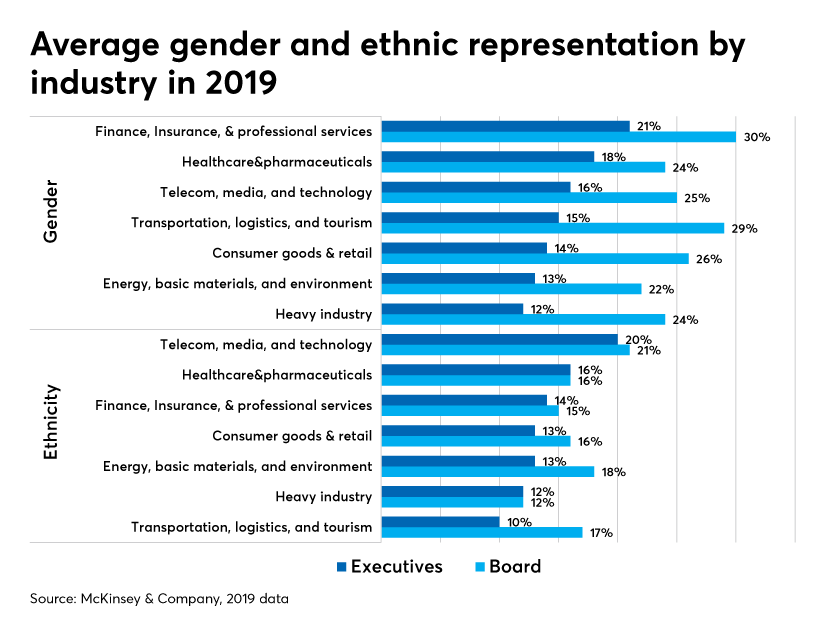 Implications for advisors
The rule proposal sends a strong message to financial planners, advisors, and family offices to be intentional about speaking to clients about incorporating a values-based component into their investment philosophy. The adage, “out of sight out of mind” is important here. The less diversity is promoted and discussed on Wall Street, the less financial planners, RIAs and family offices see the value in engaging on this issue with clients. However, the more diversity is valued, discussed, and elevated into policy discussions, the more it fosters a foundational environment where RIAs and financial planners can have meaningful conversations with clients on how to incorporate good governance components into their 401(k)s, IRAs, 403(b)s, and more. Leadership matters here, particularly at an institutional level. President-Elect Biden, who has said he would champion diversity in his cabinet and staffing picks, will appoint the next head of the SEC. And the commission will ultimately be in charge of approving Nasdaq’s proposal.

Navigating the future
While we cannot predict how the SEC will act, the Nasdaq diversity rule is a bold proclamation that the U.S. is prepared to join the global march towards more inclusive and more equitable corporate governance. The proposal sets the tone for an important shift for the country and will intensify pressure for other actors, private and public, to promote diversity in their leadership.

–Yaser Faheem and Jeeho Bae contributed research for this article.

The Diversity of American Dialects – Grammar and Punctuation