Why Diversity Trainings Don’t Work: The Empty of Empathy

Most diversity and implicit bias trainings are not effective because they are based on empathy rather than compassion. Having empathy, instead of compassion, as the basis for addressing racial bias is akin to using water, instead of a metal cover, to put out a grease fire. Empathy based trainings have done nothing to reduce the growing societal fires related to bias such as bullying and hate crimes.

The Federal Bureau of Investigation (FBI) reported that 2020 was a record year for hate crimes in the U.S The number of “recorded bias incidents” by the FBI in 2020 was the highest in more than a decade and that was an increase of 6% compared to 2019.

In terms of where Americans work, and where diversity trainings have been the norm at large firms since 2005, a 2019 Deloitte survey of 3,000 workers showed that 64% of them “felt they had experienced bias in their workplaces during the last year.” In 2016, according to research conducted by Georgetown University, nearly 66% of Americans said that they were bullied at work as compared to 50% in 1998. If diversity and implicit bias trainings are working, we should be experiencing decreases in hate crimes. 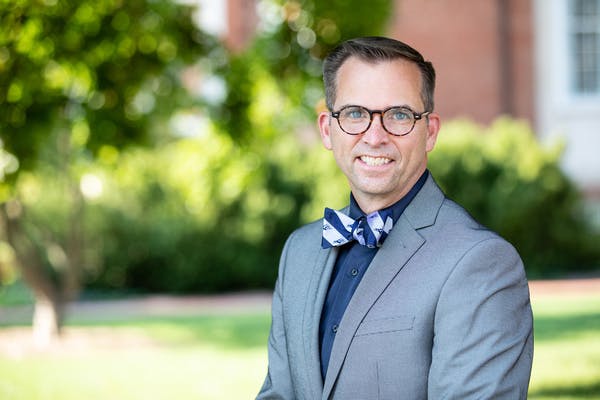 A central problem of such trainings is that they are really empathy trainings. And the problem with empathy as Paul Bloom, in Against Empathy, and others have shown is that “Empathy is biased, pushing us in the direction of parochialism and racism.” We (all human beings) tend to be more empathetic to people who look like us and have similar backgrounds relative to people who we deem to be different.

Empathy is centered around the person seeking understanding rather than the person that needs to be understood. If you are practicing empathy, you’re searching for feelings and emotions to put into yourself. When you are trying to “walk in someone else’s shoes,” as the empathetic motto goes, it is centrally about you wearing the shoes but not necessarily walking with the person who is suffering.

Compassion, in contrast, is other-centered. When you practice compassion, your search is about understanding not only another’s problem or suffering but also their perspective and experience (i.e., their walk) with the problem. When you are compassionating, your goal is not necessarily focused on someone else’s ‘shoes’ but on learning about their ‘walk,’ especially in the middle of a problem, so that you can help them through it. It is not your walk that should be the center of attention or concern, but theirs.

The fuel or ‘oxygen’ of bias is self-centeredness and empathy’s egocentricity, as compared to compassion’s other-centricity, feeds the fire of an us-versus-them perspective.

Because the promise of using empathy to reduce racism is both empty and risky, the following are several ways to increase tolerance and inclusion via compassion:

(1)  From Calling Out to Calling In

Loretta J. Ross, a civil and reproductive rights activist and organizer, has fostered a movement that “calls people in” rather than “calling them out” for their racism and hate. Instead of making people feel blame and shame for their bigotry, the “calling in” movement requires each of us to alternate between respectfully questioning and sincerely listening to one another so that a conversation starts rather than a fight. The calling in movement is opposite of our current “cancel culture” as it strives to “build a culture and a world that invites people in rather than pushing them out.” In short, it’s a culture of compassion.

The diversity trainings that I have been required to take are usually an hour or two long and end with a personal reflection exercise. If we are seeking to change minds regarding race and inclusion, shouldn’t we base our efforts on what we know works about learning from the field of educational neuroscience? For example, learning is more likely to stick when it occurs over time and through various contexts, not when only one-offs that are online with little to no conversations are offered. Our trainings, to be effective, should include on-going conversations based around ideas such as the “calling-in” movement that help us traverse the chasm between hate and love. A workplace culture of inclusion is born out of everyday happenings rather than an annual event.

(3)   From Golden to Platinum Rule

A change of emphasis on the Golden Rule (Do unto others as you would want done to you) to the Platinum Rule (Do unto others as they would want done to them) would move our diversity learning from self-centric to other-centric. The Platinum Rule is learning about “the other” and doing for them what “they would want done to them” based on their unique values and tastes. You can’t get too more focused on the other. As George Bernard Shaw said: “Do not do unto others as you would expect they should do unto you. Their tastes may not be the same.” In contrast, followers of the Golden Rule don’t require any learning about another’s “wants” or tastes because their actions are based entirely on their own perception of how to solve a problem.

The use of empathy in diversity trainings is well-intentioned but according to Albert Camus’ The Plague“good intentions may do as much harm as malevolence if they lack understanding.” Compassion offers a clear path toward understanding, tolerance and inclusion. We can either feed the firestorms of bias, bigotry and racism with empathy or smother them with compassion.

Dr. Chris Kukk is the Sharp Dean of the Cormier Honors College at Longwood University and author ofThe Compassionate Achiever.

When Israel’s education minister said a Jewish child is worth twice as much as an Arab child – Israel News – Haaretz.com