Who Succeeds As An HBCU President? | Diverse: Issues In Higher Education

Seven years ago, I wrote an editorial bringing awareness to what I saw as a crisis in the HBCU presidency. It was after I was reading my UNCF briefing book, noticing that of the 37 institutions, eight of them had a president that was either in an acting or interim capacity, and another eight had served for less than three years at their institutions.

Today, many people are asking the same question. As of this writing, eleven HBCUs are looking for their next president. I added to that number recently indicating this would be my last year at Dillard, completing 10 years here, and into my 18th as a president.

While on the surface this seems a continuation of a problem, this time there is a significant difference. Of the eleven vacancies, four are true retirements, with each having at least 17 years of presidential experience, led by 43 years at Hampton by Dr. William Harvey. The other three completed their second presidency. With me completing ten years at Dillard, half of the vacancies come after long term presidencies. 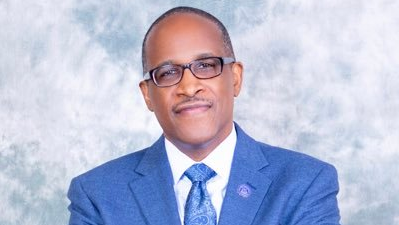 I began to wonder, what if we stop viewing HBCU presidencies from a deficit perspective, and instead, attempt to identify characteristics of long term, stable HBCU presidencies. I examined a ten-year period from 2005 to 2014 reviewing every HBCU presidential hire, and once determining which of those persons were still presidents in 2021, I identified a few themes that might be useful for boards when they consider filling the current vacancies, as well as those to come.

During this decade, 103 people were selected to serve as a president of an HBCU. Twenty-two of those selected were women, and 81 men. 57 were hired by public institutions (there are 40 public four-year HBCUs), and the remaining 46 were hired by private four-year HBCUs (there are 44 excluding medical schools and those that were unaccredited). Therefore, there was more instability during this time at the public HBCUs.

As of today, only 22 of the 103 are serving as a president. Fourteen serve as the same place where they were hired at least seven years ago, four serve a different HBCU, and two serve predominantly White institutions. The final two lead umbrella bodies, the Mississippi Institutions of Higher Learning (Dr. Al Rankins), and the Thurgood Marshall College Fund (Dr. Harry L. Williams). With that foundation, here are some observations.

Like most presidents, the largest number of successful presidents came from academic affairs. But while less than 5% of all presidents come from student affairs, 27% of this group are student affairs professionals. Only one came into the presidency from outside of higher education, Dr. Michael J. Sorrell at Paul Quinn College.

Unfortunately, only two of the 22 successful HBCU presidents are women: Dr. Glenda Glover at Tennessee State (hired in 2013), and Dr. Roslyn Clark Artis at Benedict (hired in 2014 at Florida Memorial where she completed three years before her present appointment). In the 2016 ACE study of the college presidency, 30% of all presidents were women. Women selected for HBCU presidencies during this period studied falls significantly short at 21%, and that number drops by more than half for those who are currently presidents.

With two-thirds of HBCU students being women, it is important that women are not only selected to lead HBCUs but are fully supported so that they can be successful. As my wife has said, the sister presidents are expected to be the president AND the First Lady. This unrealistic expectation may be a factor in their shorter tenures, along with the general conservative nature of HBCUs and male-dominated boards. By noting the dismal record of hiring and retaining women HBCU leaders, we have an opportunity to examine biases and expectations to improve their representation in the presidency. There is hope as 50% of HBCU presidential hires since 2018 have been women, a significant cohort to further understand what makes for successful tenures for women.

There continues to be a high level of instability in the HBCU presidential ranks. However, there are some clues from successful presidents which can help boards evaluate and select promising candidates. Additional study is needed to determine what kinds of support contributes to these long-term presidencies. These factors and others can help develop a new narrative for HBCU leadership.

Dr. Walter M. Kimbrough is the president of Dillard University.  He recently appeared on our “In the Margins” podcast. Listen here.

How HBCUs Can Attract Philanthropy in the Time of Giving | Diverse: Issues In Higher…