The rich diversity of Spanish wine – its local and native varieties

Spain is an ampelographer’s delight. While Tempranillo may be its hallmark red, and white Airén the most widely planted variety, there are local treasures abounding to tempt the adventurous drinker. Yet many have disappeared. We know nothing of varieties such as Fernandella, Gabriela and Quigat, which were extant 100 years ago. There are plenty of more since then extinct or at risk.

The good news is that in the last two to three decades there has been energetic research to recover old varieties. These include Albarín Blanco, Baboso Negro, Carrasquín, Lado, Maturana Blanca and Tempranillo Blanco.

According to Félix Cabello of Spain’s El Encín national vine collection, not one of the above existed in the official records in 1990. There are a number of explanations for the flowering of interest. Undoubtedly winemakers want to recuperate their viticultural history. They are looking for diversity in flavours and characters. Finding varieties that are adaptable to climate change is a driver, too.

Where to find these specialities? The best hunting grounds in vineyards (and on wine lists) are: the north coast – Asturias and the Txakolis; the northwest – Galicia; Rioja; Catalonia; plus the Canary Islands. Isolation has had a great part to play in preserving diversity. 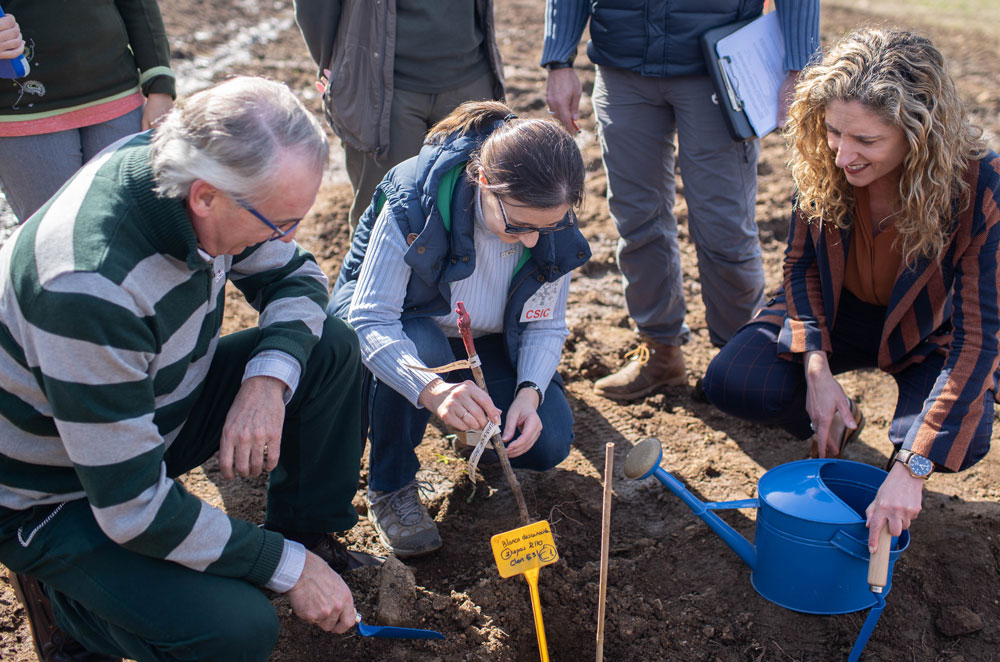 In search of freshness

Asturias is the place to go to discover the pure, refreshing reds Carrasquín and Verdejo Negro, and the white Albarín Blanco. Further east, along the coast, the three Txakoli DOs rely on Hondarrabi Zuri and Hondarrabi Beltza for their penetratingly fresh wines.

Galicia, with its granite and slate soils, and some DOs exposed to maritime influences, is a source of exceptional white varieties. Try the historic DO of Ribeiro for its lovely blends where Treixadura often predominates. This is also the place to discover Loureira, Lado and Caiño Blanco. Emilio Rojo’s Treixadura-led proprietary blend is thrillingly fresh.

Inland in Valdeorras, producers led by Rafael Palacios specialise in Godello. Yet Godello isn’t just confined to this region. In Rías Baixas at Mar de Frades, winemaker Paula Fandiño recently launched a Godello Atlántico to pair with her Albariño Atlántico. The result is aromatic with lime and orange blossom, plus a long saline finish. 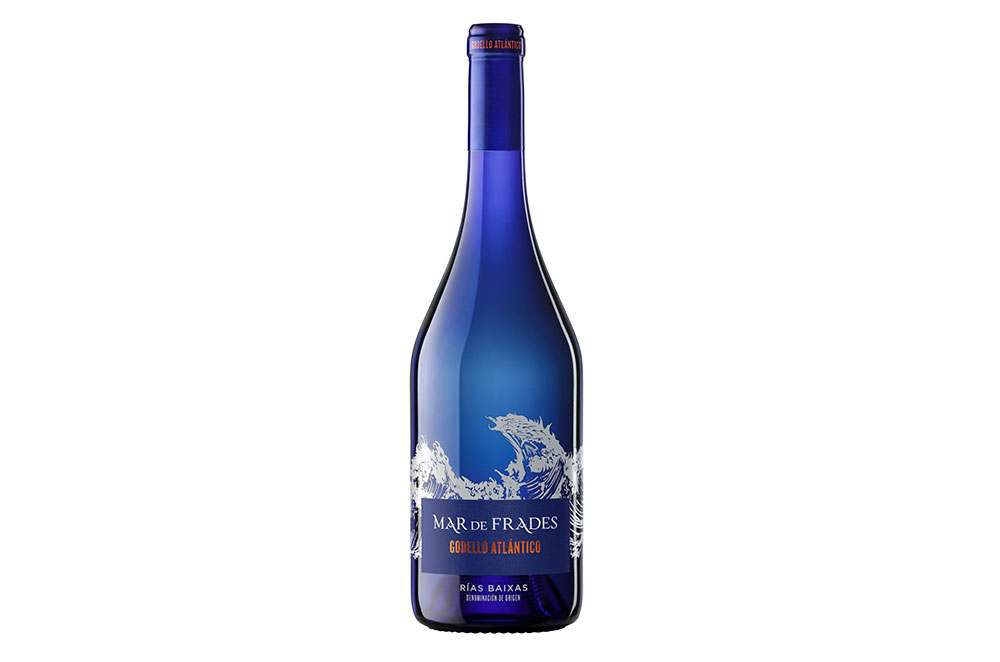 Fandiño’s latest work is an academic research project to study three varieties – Brancellao Blanco and two others that are unnamed – with a view to selecting the best quality and most original character. Her purpose is very clear: ‘Despite the genetic diversity in the wine world, with more than 6,000 varieties, a very small number are used. In fact about 10 varieties occupy more than half the world’s wine area. It’s therefore important to reactivate interest in minorities.’

The pioneer in recuperating ancestral varieties found by growers in their vineyards is Familia Torres. Out of the producer’s research have appeared varieties that have now become viable. The most recent launch is the aromatically intense white Forcada, now established in the Alt Penedès. 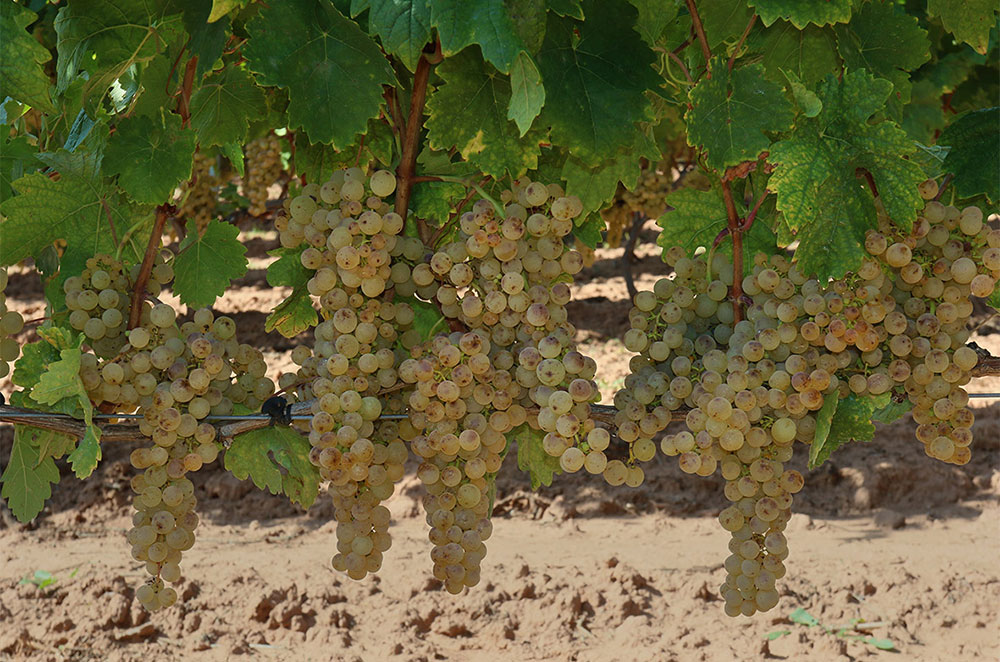 Tempranillo Blanco variety from the Cuzcurrita vineyard in Rioja Alta

In Rioja, the classical home of Tempranillo, there is active research into sites and varieties. Among the reds, there’s a renewed focus on Garnacha, improving the image of a variety that was only seen as a blending agent. At Ramón Bilbao, the search has been for freshness, planting on elevated sites on the slopes of Monte Yerga in Rioja Oriental. Overall Ramón Bilbao has replanted 21ha of Garnacha.

The most innovative work in Rioja is with white varieties. While international grapes Sauvignon Blanc and Chardonnay are now permitted, there is exciting work with local varieties.

The ‘new’ Maturana Blanca is actually the oldest recorded variety in Rioja. In the early 1990s, when 524 vines were discovered, the growers knew it as Ribadavia. This was the Rivadavia first mentioned in sources as early as 1622; but by 1905 it was being described as Maturana. Finally in 2007 it was authorised by the DOCa.

There are only 33ha of Maturana Blanca vines in Rioja but growers are optimistic, noticing its appealing citrus and tropical fruit aromas, as well as its lively acidity. It has a good pedigree: its parents – Castellana Blanca and Traminer – are also the parents of Godello and Verdejo. 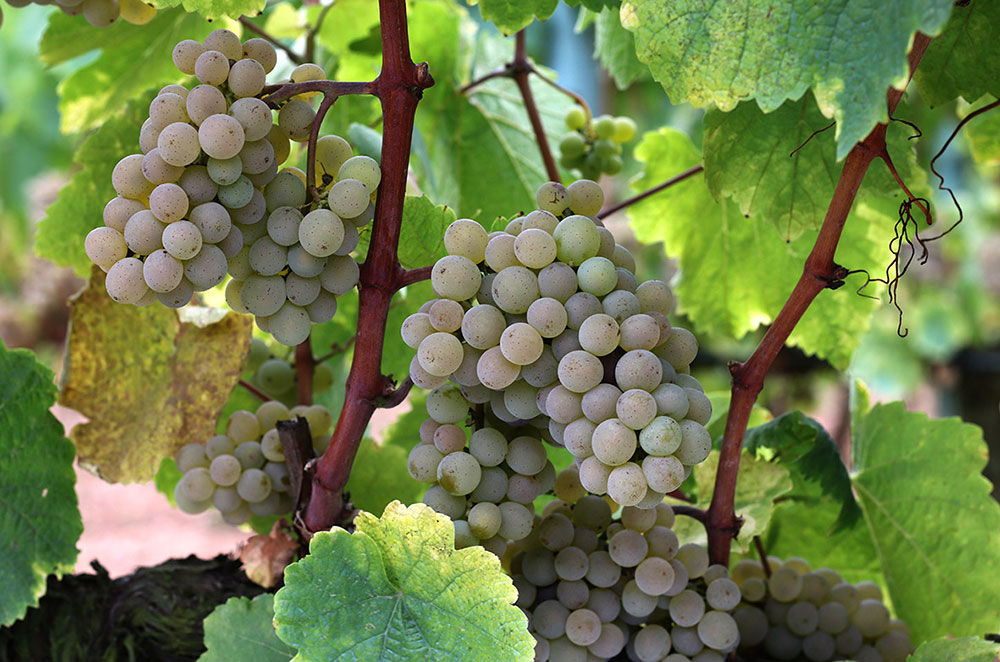 Maturana Blanca variety from the Cuzcurrita vineyard in Rioja Alta

Says Rodolfo Bastida, technical director of Ramón Bilbao: ‘I can see that Maturana Blanca has great potential as an alternative variety to Viura. We planted 6ha in 2015 in Cuzcurrita. The vineyard is at the far eastern tip of Rioja and has a particularly cool climate.’

The other recent arrival in Rioja is Tempranillo Blanco. It dates to 1988 when a grower spotted a spur with white grapes on a (red) Tempranillo vine. The propagation of this white Tempranillo began quickly at the La Rioja government research station, CIDA (Centro de Investigación y Desarrollo Agrario), and there is now 450ha of the variety planted across the region, making it second only to Viura. It is full-bodied, and can produce high alcoholic wines, but has very good freshness.

This diversity of varieties doesn’t stop with mainland Spain. The islands are a fine hunting ground. Most interesting is Tenerife. It alone can offer such specialities as Listán Negro, Listan Prieto (Chile’s País), Baboso Negro (Portugal’s Alfrocheiro Preto), Tintilla, Albillo Criollo, Marmajuelo and Malvasía Aromática. Not just a ‘dry’ exercise of ampelography – a delicious portfolio of flavour.

A note from our sponsor

Research by Pedro Balda and Fernando Martínez de Toda in Rioja highlighted 36 recovered, preserved and studied grape varieties, in addition to the three grapes that the region is best-known for: Garnacha, Tempranillo and Graciano.

Although these less common varieties exist, the reality is that Viura (known as Macabeo in the Catalonia area) represents 63% of the total white grapes planted in Rioja. White varieties represent only 9.15% of the total vineyard area in Rioja, though wine lovers have become increasingly interested in white Rioja over the last few years.

Ramón Bilbao’s viticultural philosophy is focused on adding value and highlighting the unique ampelography of Rioja. It also aims to preserve biodiversity and study the local varietals that are best adapted to the region – particularly in light of climate change challenge and how well local grapes can adaptation to changing climatae conditions.

Preserving local grape varieties can also help to add richness and diversity to the region’s wine offer; helping winemakers to create interesting wines that cannot be found anywhere else in Spain.

With that in mind, Ramón Bilbao planted Maturana Blanca vines several years ago; today there are only 33ha of Maturana Blanca in Rioja. The company has also planted Tempranillo Blanco and is recovering Garnacha vines that had been lost in Sierra de Yerga.

The post The rich diversity of Spanish wine – its local and native varieties appeared first on Decanter.

Op-Ed: California’s math education needs an update, but not the one proposed