Smoke and Mirrors: Challenging the Elimination of Gifted and Talented Education Under the Guise of Universal Access for All Children | Diverse: Issues In Higher Education

Advocates for greater access, opportunity, and equity to gifted and talented education (GATE) for all children, Black, and Hispanic children, in particular, know all too well that claims by districts to reform the status quo remain a mere exercise in smoke and mirrors. By this, we mean that GATE operates at a systemic and structural level like the many U.S.-created institutions normed on whiteness and grounded in racism. These institutions collude in a seamless web of race-based policies, practices, and beliefs that continue to oppress, disempower and deny access and opportunities for Black and Brown children and their families in and outside of school.

With this historical understanding, critical GATE scholars of color (e.g., Ford, 2013) and early childhood educators (e.g., Wright  & Ford, 2017) have long since issued national demands to disrupt this anti-Black and anti-Brown web of policies, practices, and beliefs in GATE promoting the desegregation and integration of these programs beginning in the early grades. Calls for universal, multiple, and diverse identification, recruitment, and assessment of GATE students are not new nor a ground-breaking reform (New York City to Phase Out Its Gifted and Talented Program). We do acknowledge that NYC’s initiative to eliminate GATE is a departure from past and misguided reform efforts to “fix” children who have been exploited and oppressed in education through what we will refer to here as “charitable solutions” under the guise of universal access versus fixing the systems that continue to deny such opportunities to historically marginalized children and their families.

We argue herein that such efforts do little to move the proverbial needle. For this reason, while we think the claim to completely overhaul GATE in NYC as it currently exists is commendable, we question whether eliminating GATE programs in NYC and elsewhere in the U.S. to ensure that our youngest learners (e.g., kindergartners) have the opportunity to experience accelerated learning will do more harm than good when consideration is given to the reality that childhoods are unequal along the lines of race, social class, gender, and ability. Moreover, without consideration for the diverse languages, literacies, and cultural practices that very young children learn in their homes and communities and bring to early childhood settings, accelerated learning programs that boost universal access and opportunity for all children will fail to meet the needs of children in general education programs and will likewise not meet the academic and social needs of GATE children of color. 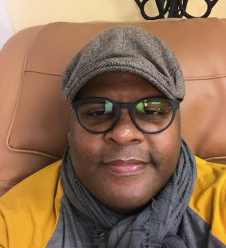 In agreement with universal screening, we worry that the concept of accelerated learning within a mixed ability group setting of kindergartners may not meet the academic and social needs of general education students and, by extension, the academic and social needs of GATE students who are Black and Hispanic. We, therefore, argue in support of culturally relevant and responsive models that are integrative in that they include diverse languages, literacies, and cultural practices of all children. Further, we challenge and problematize beliefs and practices that have guided traditional GATE toward advancing equity to uncover gifts and talents that, because of stubborn and entrenched racial and cultural biases situated in anti-Blackness, have been ignored. Such injustices have maintained restrictive and narrow perspectives regarding who can be gifted and talented and what GATE should look like based almost exclusively on White, middle-class ways of thinking, speaking, and acting. As a result, GATE programs like NYC have excluded children of color whose ways of knowing and being do not mirror the White dominant view of GATE and early childhood. This places limits on the manifestation of Black, Indigenous, Children of Color’s (BICOC) gifts and culturally mediated talents. By this, we mean, gifts and talents that incorporate and integrate diverse ways of knowing, understanding, and representing knowledge, skills, and dispositions found in non-White communities. Therefore, the notion of deconstructing without reconstructing anew (uprooting the racist and exclusionary system of GATE)  is not just an act of irresponsibility but “Smoke and mirrors” that maintain the status quo denying another generation of children with whom educators have been entrusted to nurture and protect.

When educators fail to comprehend the perspectives, experiences, and realities of Black and Brown children, they, in effect render them invisible — ignoring and devaluing their gifts and talents, and untapped potential. Thus, GATE children of color whose knowledge challenges the boundaries of dominant worlds and worldviews (i.e., White-centered worlds/worldviews) remain absent from GATE. We, therefore, do not advocate for the elimination of GATE but, instead, support the dismantling of philosophies and ideologies that have created barriers to GATE that deny access and opportunity to such programs and, thus, regulate, determine, and constrain gifts and talents that fall outside of whiteness. Essentially, if efforts by NYC for universal access to GATE are to be more than mere smoke and mirrors, then they must be driven by the unwavering importance of and commitment to advancing racial and economic equity in words, deeds, and actionable steps.

Dr. Brian L. Wright is an associate professor and program coordinator of early childhood education at the University of Memphis. Dr. Donna Y. Ford is a Distinguished Professor of Education and Human Ecology at The Ohio State University.

The Ugly Truth about Political Violence in America – Foundation for Economic…

The GOP Weaponized Education in This Election. Here’s How School Boards Run by…