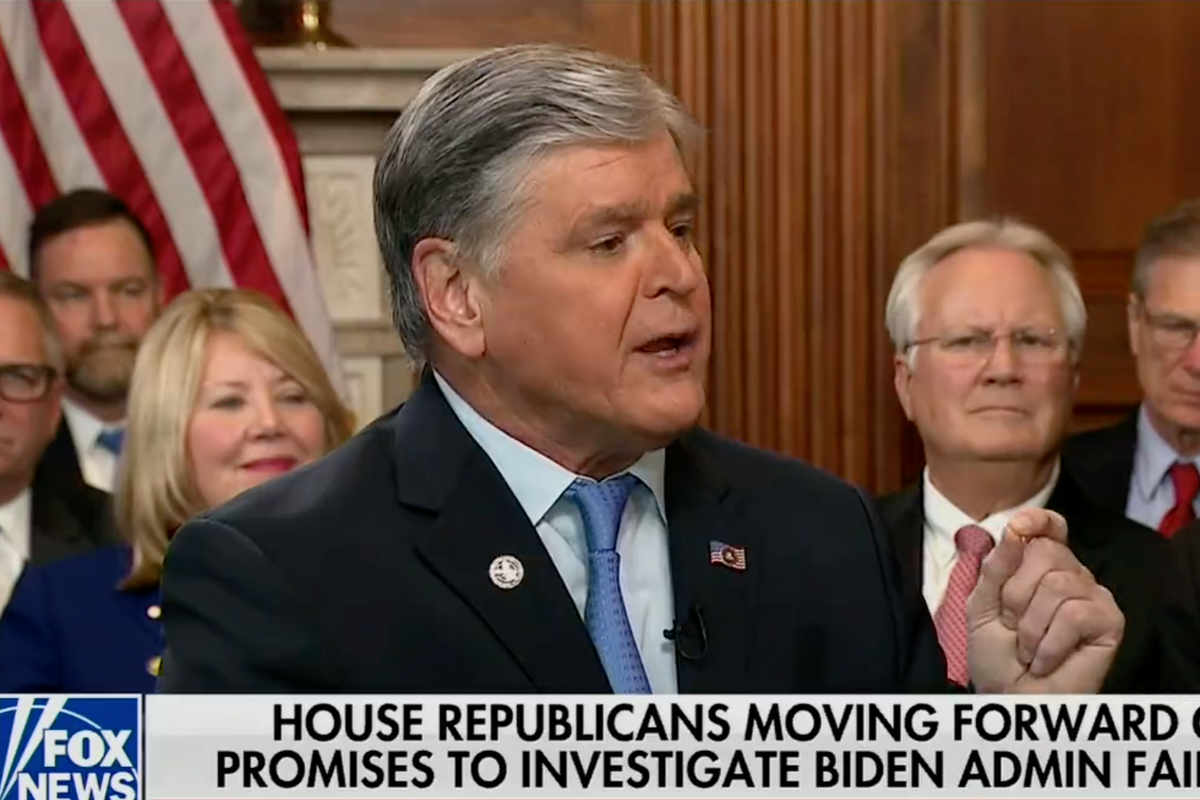 Fox News personality Sean Hannity was widely criticized after he lauded the Republican Party for welcoming “more diversity” despite sitting in a room with only White members of the GOP.

At one point, speaking directly to Stefanik, Hannity said:

“You know, Congresswoman, I’ve known you a long time… one of the things I’d like to see, and I’m seeing, is more diversity in the Republican Party.”

“To me, the Democratic Party is the party of coastal elites.”

As the camera zoomed out, viewers could see Hannity was sitting in a room filled with only White people.

You can watch the moment in the video below.

The overwhelming majority of Republicans in the United States are White, according to data analyzing the GOP’s racial and ethnic makeup. The GOP appeals particularly to White men without college degrees.

The Pew Research Center observed ahead of the 2020 general election the nation’s electorate “continues to be deeply divided by race and ethnicity, education, gender, age and religion” while the recent Census showed ethnic and racial minorities represent the only source of population growth.

Despite these demographic shifts, White Republicans still wield outsized power, a fact that has prompted political scientists to suggest the United States is currently under minority rule.

In fact, White men represent 30 percent of the population but 62 percent of officeholders between both of the major political parties, according to research by the Reflective Democracy Campaign.

Twitter users couldn’t resist pointing out the irony and absurdity of Hannity’s statement.

\u201cI see no diversity @seanhannity at all.\n\nThe room was full of (Pro-Trump only) White men and women.\n\n#GOPClownShow.\u201d

Kelly claimed Shapiro has done his part to discredit liberals who say there is systemic racism in the United States and Black conservatives “shunned” by liberal voters even as he echoed Shapiro’s patently false and racist claim Blacks “are responsible for 50 percent of the murder” in the country.

When Everyone Leads the Toughest Challenges Get Seen and Solved

Antisemitism rising because of a lack of Holocaust education, survivor warns | Jewish News

The Cocktail College Podcast: How to Make the Perfect Sex on the Beach

Public schools are collapsing fast as teacher says they are now indoctrination centers, not places of education –…