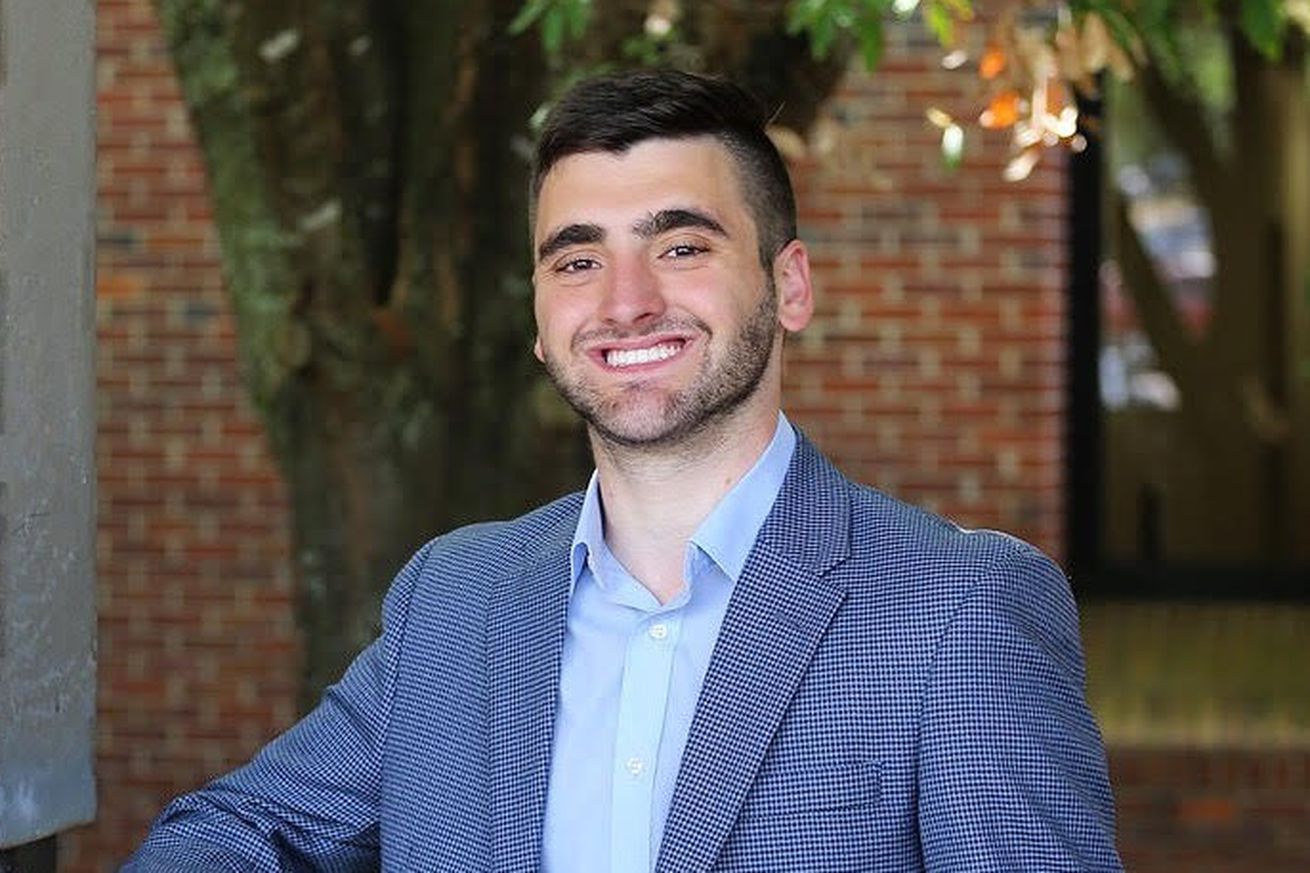 Ben Pereira, one of BEQ Magazine’s Forty LGBTQ Leaders Under 40

When he was younger, Ben Pereira used to worry that being openly gay meant that he’d never be able to work in sports. But everything he’s accomplished this year as Minor League Baseball’s Specialist for Diversity and Inclusion just landed him on BEQ Pride Magazine’s Forty LGBTQ Leaders Under 40 Class of 2020.

BEQ lauded Pereira for “leading an ambitious Pride campaign” throughout MiLB with 71 Pride nights throughout 34 states during the 2019 season. According to Minor League Baseball, it was “the largest Pride celebration in professional sports.”

And Pereira was able to pull it off in just a few months after starting his job with MiLB in January of last year. In other words, when it comes to 25 year old wünderkinds emerging from the minors in 2019, Pete Alonso has company.

For Pereira, the recognition is a milestone on a journey that he was initially unsure that he’d ever be able to take. In 2018, he shared his Coming Out story with Outsports while enrolled in the Master’s Degree in Sport Management program at Florida State University.

Within that story, Pereira admitted that for a “dream job” project back in eighth grade, he told his class that he wanted to become a teacher instead of a sports executive because “I felt a career in sports was unrealistic and I did not think it would be a place that I could ever work. Sports was not an industry that welcomed the LGBT community.”

Looking back at his past fears after receiving this honor, Pereira summed up for Outsports what being named to BEQ’s list means to him today:

“My younger self would’ve been excited to see me on this list. I grew up genuinely unsure of what my future would hold because I held so much doubt and fear with who I was and what that meant for me. It would’ve been hopeful for my younger self to see this and to know that in just a few short years, I’d grow to love myself and succeed majorly by doing so.

“Forget my younger self. If you showed me that I’d be on this list just one year ago, I wouldn’t believe you.”

Indeed, the path to landing his current position with MiLB was not an easy one. After starting the Foundation for Diversity and Inclusion in Sport at FSU, landing several internships, and earning a master’s degree with a 3.9 GPA, Pereira was still looking for work four months after graduation.

Despite just missing out on several jobs and battling with depression and anxiety, Pereira determined to remain true to himself, asserting that “in every interview, I disclosed that I was gay. I feared entering a workforce where I couldn’t be myself, so I felt I needed to be transparent from the start.”

That determination paid off when Pereira landed his role with Minor League Baseball. With each successive Pride Night that he oversaw last year, Pereira’s success in his new role became clearer and clearer. But he wouldn’t let himself get caught up in those victories until the end of year, though, admitting that “Once the season ended without any major controversies, I knew we’d be able to highlight this success and dispel any fears teams might have.”

And from West Virginia and Clearwater through Staten Island, those Pride Nights were huge successes throughout all of MiLB. Pereira stated that this was due not just to the volume of teams holding Pride Nights but to how well supported they were: “Pride Nights were attended at a rate of eight percent higher than non-Pride Night games. The communities really came out to support these teams and their efforts to stand for inclusion.”

The massive success and growth of this initiative makes current rumors of Major League Baseball’s plan to massively contract its minor league affiliates all the more unsettling. Pereira provided a concrete illustration of why MLB ownership’s plan is so shortsighted and misguided:

“When I look at the teams on the list, it stings a little more because teams like the Lexington Legends are on the list and of all of the MiLB teams that participated in our Pride campaign last year, Lexington blew the other teams out of the water with in-stadium fundraising by raising nearly $20,000 for local LGBTQ+ organizations. It isn’t only the impact these teams make by providing entertainment on the field, it’s the impact they make for charitable organizations in their communities that will be be a huge loss if this plan comes to fruition.”

Despite the best laid plans of Commissioner Rob Manfred, Pereira remains determined to push forward and make Pride Night initiatives even bigger across MiLB in 2020. And this recognition from BEQ Magazine’s Forty Under 40 list has served as more evidence that he made the right career decision, with Pereira calling it “absolutely a vindication.” He further reflected on the award’s meaning:

“Above all else, I want to ensure that the next person coming up in our industry feels comfortable well before he or she even enters college and is able to confidently pursue a career in sports. I also hope that it helps other professionals currently working in sports, particularly in my industry of professional baseball, feel empowered to do the same. It took me a while to realize that being gay, being yourself, is worth celebrating.”

2020 Oscar nominations show the Academy has an issue with diversity

State Roundup: State Board of Education votes to require masks in schools – MarylandReporter.com