LSSSE report: Law schools have more work to do on diversity, inclusion 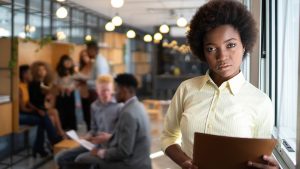 A
recently released national survey of law student
perceptions and experiences on issues of diversity and inclusiveness revealed that
law schools have more work to do if they want to make all of their students
feel valued.

This year’s Law School Survey of Student Engagement (LSSSE) survey, included a new diversity and inclusiveness module that 28 law schools opted to give to their students during the February to April survey period. The results include responses from about 5,200 law school participants.

Meera E. Deo, who is director of LSSSE, said the most important takeaway from the report is the discord in how students from different backgrounds perceive diversity efforts at their schools.

Deo, who is also a law professor at Thomas Jefferson School of Law and Neukom Chair in Diversity and Law at the American Bar Association, said this year’s Diversity & Exclusion survey focuses on people’s perceptions, instead of objective facts.

“The reason that is really interesting is because it gives us an opportunity to see how students from different backgrounds are experiencing diversity, equity, and inclusion in really disparate ways on their campuses,” Deo said.

Those diverse backgrounds, she said, are not based only on race or ethnicity but also on gender, LGBTQIA+ identity, debt levels, and first-generation student status.

“Is this elite law school space a place for me?”

Among the report’s key findings is that students from
different backgrounds feel varying levels of comfort in the legal community. Moreover,
Deo says, the survey demonstrates that law schools need to do more to show
these students that they are valued and that they belong.

In fact, the report said research shows that students with a strong sense of belonging at their own schools are more likely to succeed. But the survey’s results indicate that White students are more likely to have a strong sense of belonging than students of color. Whereas 31 percent of White students strongly agree they are “part of the community at this institution,” lower percentages of students of color do, including only 21 percent of Native American and Black students. Even more problematic, the report said, 34 percent of Black women law students feel that they are not part of the campus community.

Deo said that students who are not thinking about diversity issues may notice the handful of efforts their law schools make to promote diversity and inclusion, and they appreciate them. But students who are thinking “Is this elite law school space a place for me?” are probably recognizing the ways in which they continue to be stigmatized, or their identity is not valued, or they don’t have a strong sense of belonging, she said.

As a result, Deo said, students of color, or first-generation students, or students who are otherwise non-traditional participants in legal education may be more alienated. “It’s the very students who have the most to gain from really positive experiences with efforts at diversity, equity, and inclusion who are saying their schools are falling short,” Deo said.

How can law schools better promote diversity and inclusion?

Institutional support is key to providing a positive learning
environment in which students feel they are valued and welcomed.

In fact, the survey found that while 23 percent of Black law students believe their schools do “very little” to nurture support for racial or ethnic diversity, only 6.8 percent of White students said the same. Other groups also said they did not feel valued by their schools, including 38 percent of students who owe over $200,000 for their legal education and 33 percent of first-generation students.

While Deo credited schools for the many different efforts they have undertaken to promote diversity and inclusion, she said there is more work to do. “Part of that might mean listening carefully to those particular students and thinking about ways we can prioritize those students’ needs, since the goal of most diversity and inclusion efforts is to really make vulnerable students and marginalized students feel more welcome on campus,” Deo said.

“It’s the very students who have the most to gain from really positive experiences with efforts at diversity, equity, and inclusion who are saying their schools are falling short.”

The report calls on schools “to provide students with opportunities to reflect on their own backgrounds, connecting these with ongoing racial tensions, gender equity, and broader social justice goals.”

“There
isn’t one solution that will work for every school,” Deo said. “Schools are in
different places.”

Deo
said she hopes the report is a wake-up call for schools. While their efforts
have been successful in some ways, especially in terms of reaching particular
students, Deo said it’s important that law schools recognize that they have to
do more.

“If
part of the goal of diversity efforts is to raise awareness among regular law
students about what diversity is, on that baseline level, things are probably
succeeding,” Deo said.

But Deo hopes that most schools are more invested than that. Instead, she hopes they want to create really inclusive learning environments for vulnerable students. And to make clear that all students are valued and belong.

“The most important thing is for students to let their faculty, staff, and administrators know that issues of diversity, equity and inclusion are important to them,” Deo said. “Law schools only exist because of you. When you signal to the dean, or the board, or faculty members, that there are issues that matter to you, every school I know of takes that seriously.”

But if schools don’t act, the report said, they risk graduating students who are oblivious to their own backgrounds and identities and ill-equipped to engage with issues involving diversity.

“Schools
can go further, especially to meet the needs of the most vulnerable students,”
Deo said. “Because when we meet their needs, we cast a wide net and meet the
needs of other students too.”

Law schools can to participate in next year’s Law School Survey of Student Engagement, which is produced by the Center for Postsecondary Research at Indiana University’s School of Education, until the end of the year.

The post LSSSE report: Law schools have more work to do on diversity, inclusion appeared first on ABA for Law Students.

This One Factor is Reducing Your Diversity Hiring by 30%!