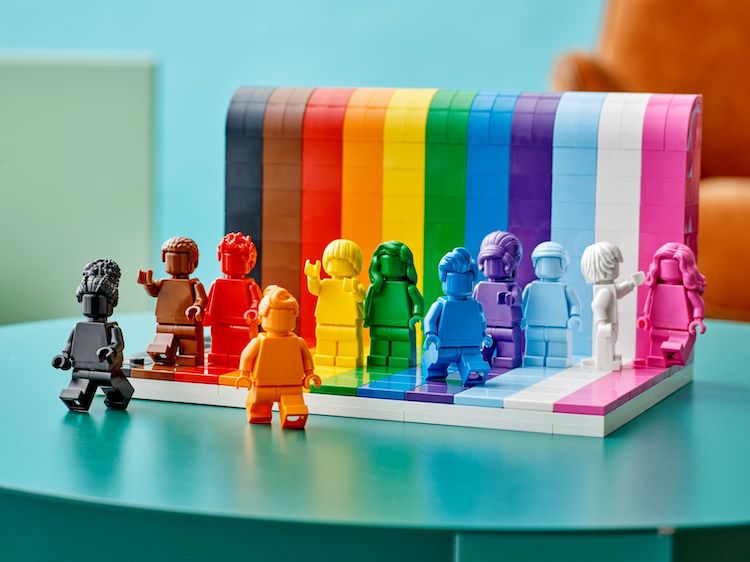 In a bid to celebrate the diversity of its fans and “the world around us,” LEGO recently revealed a new set called Everyone is Awesome. The colorful, 346-piece model is inspired by the rainbow flag—a symbol of love—and is the first LEGO set that’s dedicated to the LGBTQIA+ community. It features 11 monochrome minifigures in different colors, each with its own individual hairstyle.

Designed by Matthew Ashton, vice president of design at LEGO, the set is intended to show that everyone is valued. “I wanted to create a model that symbolizes inclusivity and celebrates everyone, no matter how they identify or who they love,” says Ashton. “Everyone is unique, and with a little more love, acceptance and understanding in the world, we can all feel more free to be our true AWESOME selves! This model shows that we care, and that we truly believe ‘Everyone is awesome!’”

The idea behind the design was born from Ashton’s own personal experiences. He grew up in the ‘80s, when being gay was met with a lot of prejudice. And due to the AIDS crisis, it was a particularly scary time for the entire community. On the LEGO blog, Ashton shares his own experience with coming out in his late teens. “If I had been given this set by somebody at that point in my life, it would have been such a relief to know that somebody had my back. To know that I had somebody there to say, ‘I love you, I believe in you. I’ll always be here for you.’” He continues, “With this set I just want to make sure that we’re showing a bit of love and support to everybody who needs it.”

Ashton also designed each minifigure to represent the diversity of the LGBTQIA+ community. The black and brown figures symbolize people of color, but the other rainbow hues also have meaning. “We’ve also added in the pale blue, white, and pink to support and embrace the trans community as well,” says Ashton. “I purposely put the purple drag queen in as a clear nod to the fabulous side of the LGBTQIA+ community.”

The Everyone is Awesome set stands 10.24 cm (4 inches) tall and has a depth of 12.80 cm (5 inches), making it the perfect piece for sitting proudly on your desk or shelf. It will be available from the LEGO store on June 1, to mark the start of Pride Month.

Check out the Everyone is Awesome set below and find out more about it here.

LEGO recently revealed a new set called Everyone is Awesome in celebration of its diverse fans. 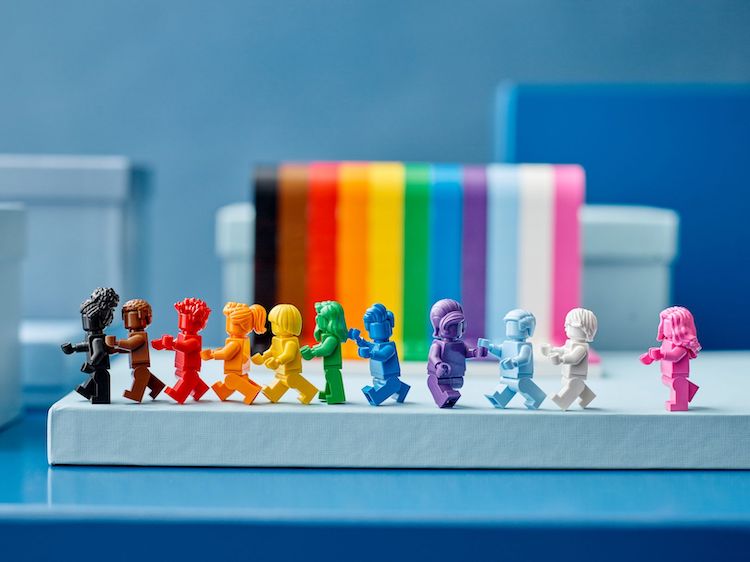 It’s inspired by the rainbow flag—a symbol of love—and is the first LEGO set that celebrates the LGBTQIA+ community. 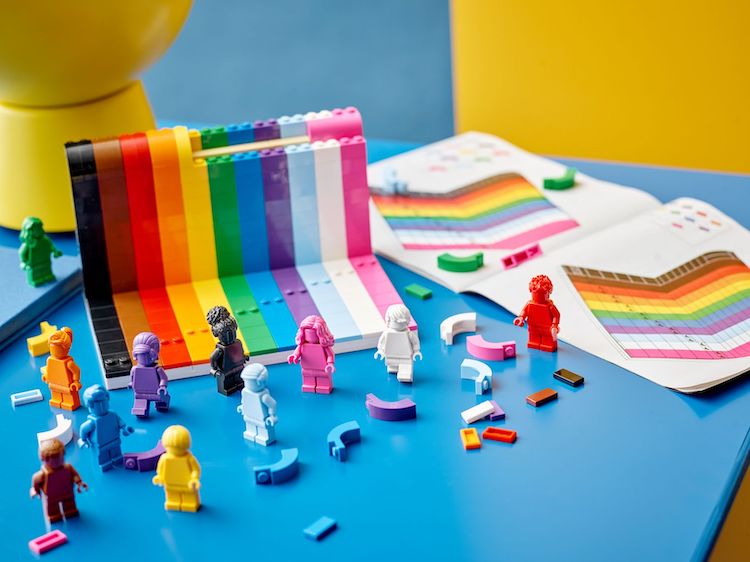 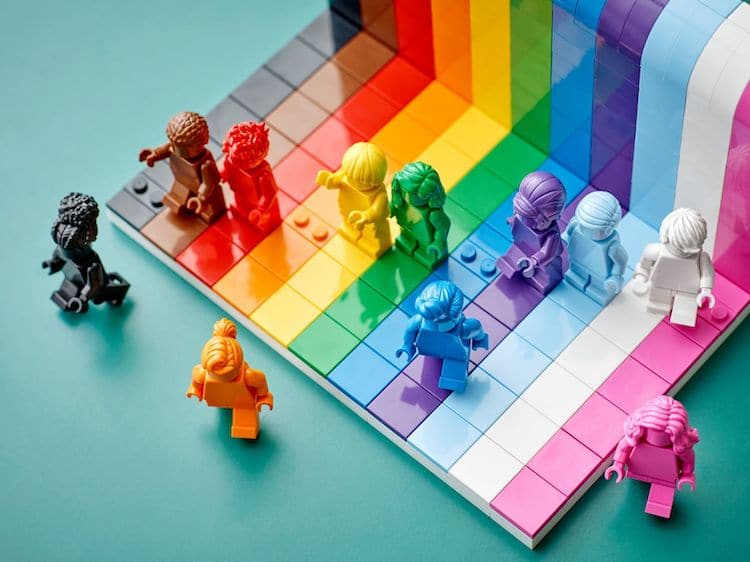 It was designed by Matthew Ashton, vice president of design at LEGO, who wanted to create a model that “symbolizes inclusivity and celebrates everyone.” 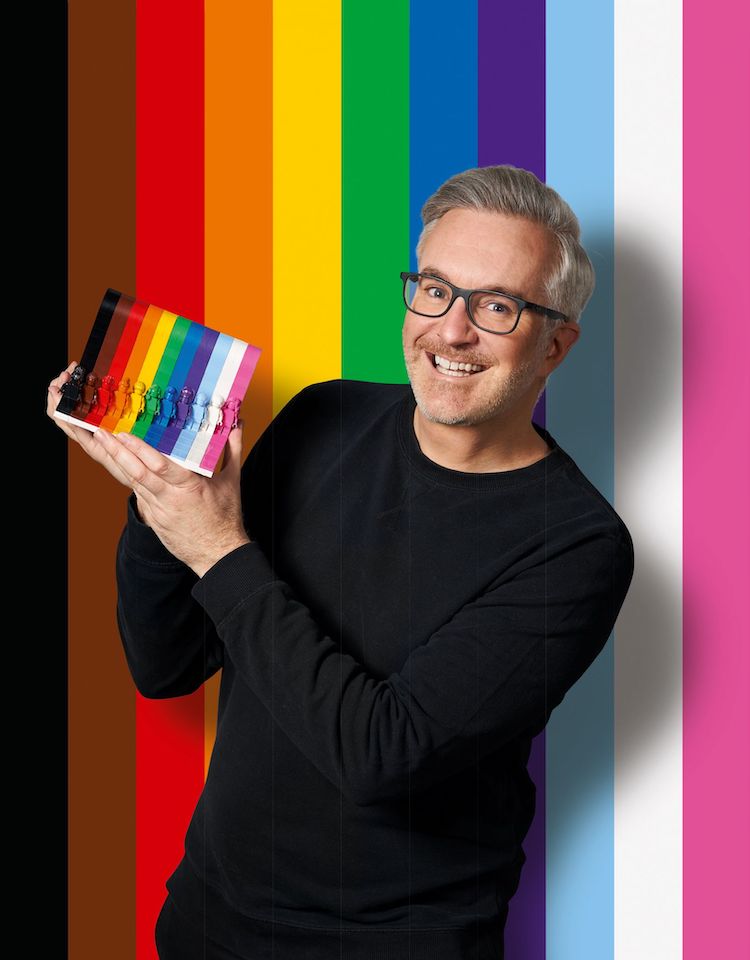 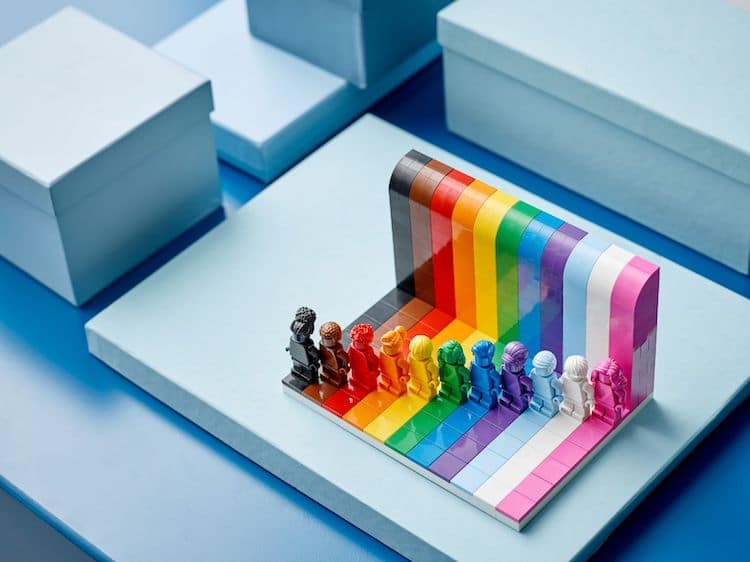 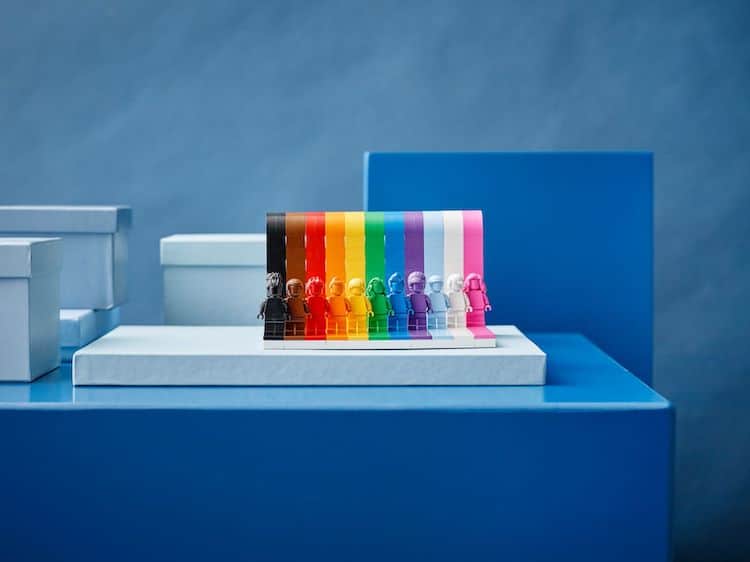 All images via LEGO.

What Diversity Looks Like in Foundation and the Beauty Industry

Splatoon 3 finds its way in a world flooded with brutal shooting games : NPR