Karen GJ Lewis saw the future of public education. At the heart of her vision was a radical faith that fully funded public schools could prepare children to meet every social, economic, and democratic challenge of the 21st century.

As the president of the Chicago Teachers Union from 2010 to 2018, Lewis preached that “great schools with great teachers is the most important civil right of our generation.” She inspired teachers and their allies to carry their ideals onto picket lines and into the political arena. They embraced the cause so passionately that, though Lewis has died at age 67 after a long battle with brain cancer, the militant “Red for Ed” movement she championed is certain to live on.

“Karen had three questions that guided her leadership: ‘Does it unite us, does it build our power and does it make us stronger?’ Before her, there was no sea of red—a sea that now stretches across our nation,” declared the CTU. “She was the voice of the teacher, the paraprofessional, the clinician, the counselor, the librarian and every rank-and-file educator who worked tirelessly to provide care and nurture for students; the single parent who fought tremendous odds to raise a family; and the laborer whose rights commanded honor and respect.”

Lewis, her union declared, “did not just lead our movement. Karen was our movement. In 2013, she said that in order to change public education in Chicago, we had to change Chicago, and change the political landscape of our city. Chicago has changed because of her. We have more fighters for justice and equity because of Karen, and because she was a champion—the people’s champion.”

The Senate Has Failed America

That change extended beyond Chicago, and beyond Illinois, because Lewis preached a solidarity gospel that took her far beyond her hometown. Wherever teachers and their allies were organizing, marching, and rallying on behalf of strong unions and great schools, Karen Lewis was at their side.

“We believe in publicly funded public education and we believe that we can have a system in Chicago that is equal to or exceeds school districts in Finland or Japan,” she said after she and fellow activists with the Caucus of Rank-and-File Educators (CORE) reorganized the CTU into a powerful force in the fight against school privatization, closures, cuts, and the gimmickry that too often passes for education policy.

“[This] newly energized CTU is often in opposition with the status quo—those who are in power, many of whom have never stepped foot in a classroom and inhabit editorial boards or make millions on the top levels of corporate-owned skyscrapers or promulgate in the halls of our legislative bodies,” Lewis explained in a much-noted speech to the Chicago City Club, after her 2013 reelection to a second term as head of the 25,000-member union. “We are sometimes in opposition with those who have been inside the classroom but have forgotten the true mission of our profession and have instead opted for payouts, bonuses, and lucrative management and educational consulting contracts.” 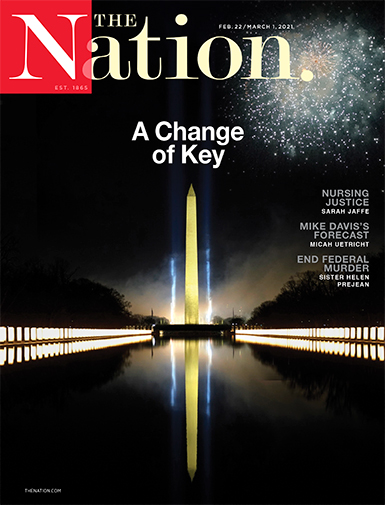 Lewis, with whom I proudly shared platforms and podiums over the years, would have been a leader at any time and in any struggle. A student of film and music, a pianist and opera buff who spoke Latin, French, and Italian, a convert to Judaism who was well regarded for her commentaries on the Torah, she could take a conversation anywhere it needed to go. But her greatest passion was for education.

Lewis’s father and mother were teachers. Educated in the Chicago Public Schools, she was the only Black woman in the Dartmouth College class of 1974. With an Ivy League degree, she returned to her hometown and taught chemistry for 22 years. Like a lot of teachers, she was frustrated with the “experts” and the politicians who were constantly proposing “No Child Left Behind” and “Race to the Top” schemes, along with other grand plans that invariably added up to more standardized testing and less focus on actual learning.

Lewis recognized, as the radical reformers of a century ago did, that advocacy for quality education was part of a broader fight for economic and social justice. And she did not shy away from asking the toughest questions about the whole of that struggle.

“When will there be an honest conversation about the poverty, racism and inequality that hinders the delivery of a quality education product in our school system?” she asked with regard to elite proponents of privatization schemes.

When will we address the fact that rich, white people think they know what’s in the best interest of children of African-Americans and Latinos—no matter what the parent’s income or education level? And when did all of these venture capitalists become so interested in the lives of minority students in the first place? There is something about these folks who love the kids but hate the parents. There’s something about these folks who use little black and brown children as stage props at one press conference while announcing they want to fire, lay off or lock up their parents at another press conference.

Lewis took her share of criticism for being so blunt. She clashed with Chicago Mayor Rahm Emanuel, and was even mentioned as a potential challenger to the man who came to be known as “Mayor 1%.” But Chicagoans got the point of her economic, social, and racial justice advocacy. When CTU members struck in 2012, surveys found broad support among parents for the teachers and their union—support that would strengthen the CTU’s hand as it engaged in struggles on picket lines and at the polls over the ensuing years.

Beyond Chicago, Lewis became a hero among the growing community of union members and education activists who recognized that what was needed—instead of more “experiments” or more high-stakes testing—was a deeper commitment to teachers and students, parents, and communities. To that end, Lewis’s conversations about education policy frequently focused on economic policy. Specifically, she called for an end to corporate subsidies and loopholes, for a financial transactions tax on big speculators, and for a system of truly progressive taxation that might finally provide schools with a sufficient foundation to meet the needs of every child.

Lewis upended the education debate, arguing that there was nothing innovative about “reforms” that placed new burdens on teachers, justified school closures, or shifted funds away from public education. “Bold thinking says ‘No schools will close!’ We will not balance our budget on the backs of children,” she explained. “Bold thinking says we will exhaust every avenue, identify every available opportunity to keep our public schools well-resourced, appropriately staffed and open.”

The Global Search for Education: Kira Shiner Talks about Producing Music in a…

Jason Smith: ‘Progressive Intolerance’ Even Extends to Fellow Dems, They ‘Believe in Diversity of…

The Value of Diversity in the Workplace – College Recruiter