HBCUs: From Being The Only Option For Higher Education To The Top Choice For Black Scholars 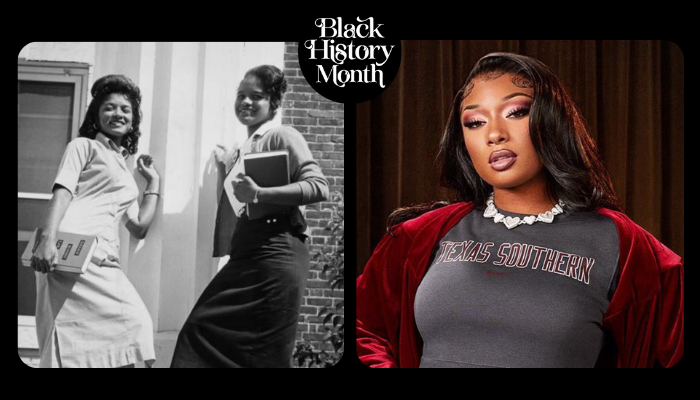 Speaking with an HBCU Alum may bring mixed reviews, but overall, HBCUs will always be a part of the building blocks of America’s history and hold a lifelong connection to those who attend. Historically Black Colleges and Universities have a 180+ year history of being havens for Black intellectuals. The ability to bounce back and move through any obstacle is a part of these many institutions’ DNA.

In the beginning, HBCUs provided primary, secondary, and postsecondary learning since they were the only establishments available to most Black Americans to achieve their education. The graduates would then go on to teach other formerly enslaved Black Americans. As the knowledge was passed down from generation to generation, colleges and universities opened throughout the south and east coast.

In 2018, PBS released the documentary Tell Them We Are Rising: The Story of Black Colleges & Universities, directed by Stanley Nelson. This film breaks down the complex history of how HBCU trailblazers offered a path of promise toward the American dream, led freedom movements throughout the decades and cultivated leaders in every field.

From being the only choice for higher education to now seeing students choose HBCUs, it’s an honor to be a part of the HBCU legacy. These colleges/universities have been producing influential leaders, entertainers, and achievers since 1837. With TV shows like A Different World and movies like School Daze, people worldwide got a peek into the HBCU experience – the good, bad, and the ugly.

In November 2021, after three months of Howard students protesting living conditions at the University, student leaders and the administration entered a confidential agreement. The protest showed the power of the students and many other HBCUs can and have learned from this. Putting the students first is one that HBCUs have built their foundation. Providing smaller classrooms for more one-on-one learning and financial options to help set up students for a debt-free future.

“Challenges build character. Who you are is a sum total of your life experiences. If you were never challenged, you would never learn resilience. And if you never learned resilience, you’d never make it to the heights you are headed towards.” – Diddy, Howard University.

Without that financial burden, it allows universities and students to focus on other needs within our community. launched a research initiative centered around the Black Maternal Health crisis.

“The goal of this project is to lift up and center Black and other women of color to share their stories to help us identify ways to help,” Dr. Natalie Hernandez, the assistant professor and interim director for the Center for Maternal Health Equity at Morehouse School of Medicine said. Again, thinking about the degree and prioritizing the student as a whole keeps the draw for HBCUs strong.

Smith became a member of the NCA&T golf team in the fall semester of 2021. In an interview with East L. Dockery of The Undefeated, the two-time NBA champion shared how he looked forward to the new challenge of competing and earning his degree.

“Everybody’s been really welcoming,” Smith said of his early days at A&T. “Some of the students were still shocked thinking they weren’t gonna see me or wasn’t expecting to see me. So, it’s been really great. Because at the end of the day, I want to do better at school as well as on the golf course. And I’m pretty sure a lot of the students around here feel like that. So as long as I can keep inspiring them, and I’m not dragging them down or pulling them back and keep pushing them up, then I’m doing what I’m supposed to do.”

Celebrities’ ties to HBCUs aren’t new. On top of the many entertainers who have graduated from these institutions, including Vice President Kamala Harris (Howard University), Oprah Winfrey (Tennessee State University), and Dr. Martin Luther King Jr. (Morehouse College), even those who haven’t understand their importance. The beloved power duo, Beyoncé and JAY-Z, used their Tiffany & Co. partnership to create a $2 million scholarship for HBCUs on top of their many other contributions to HBCUs. Also, Serena Williams and Michael B. Jordan lead an HBCU entrepreneurship initiative collaboration with VC Firm. Plus Keshia Knight Pulliam and Terrence Jenkins came together to empower HBCU students in a new program designed to encourage them to use entrepreneurship and leadership as avenues for change. Another exciting upcoming national collaboration is the Inaugural NBA X HBCU Classic.

I am a proud graduate of Winston-Salem State University and my HBCU pride flows deep for not only my HBCU but all HBCUs! The journey for this recognition wasn’t easy and there is still lots of work to do. Still, things are looking up with the reopening of HBCUs like Morris Brown College and possibly PENSOLE Lewis College of Business in Detroit.