Nineteen-year-old high school graduate Mya Dodson was working in McDonald’s in Fayetteville, North Carolina, when she saw on social media a call for applications to a programme run by Ghetto Film School in Los Angeles. Dodson had recently made a short film but, she says, “didn’t have much that was going on in [her] life”. Figuring that she had nothing to lose, she applied.

Ghetto Film School (GFS) was established in 2000 in New York, and opened its Los Angeles outpost in 2014. Founded by Joe Hall, a former social worker in the Bronx, the non-profit organisation works to foster talent within communities of colour, aiming to bring diversity to the notoriously white movie industry. Many of the people it helps are high school students between the ages of 14 and 18, who apply for its 30-month “Fellows’ Programme”.

Dodson says Ghetto Film School had never accepted a student from out of state before, but she was encouraged to apply if she could relocate. So she travelled to Los Angeles with $300 to her name. While she looked for housing, GFS offered her a place to stay, as well as meals. Two and a half years later, Dodson graduated, having paid nothing in fees; the programme is free to all, funded by a 60/40 mix of corporate and individual donations. While most on the course simultaneously completed their high school education, pursuing the Fellows’ Programme during school breaks and on weekends, Dodson was supporting herself through an internship at a Santa Monica production company. GFS laid down a challenge, she says: “Here are these tools, here are these opportunities. You said you wanted to be here. So, get the most out of this!”

Dodson is one of 10 young film-makers nominated for Ghetto Film School’s newest programme: the Deutsche Bank Frieze Los Angeles Film Award. The prize is open to film-makers between 18 and 34, developing the school’s commitment to support young film-makers in the next stages of their careers. The 10-strong shortlist was drawn not only from GFS’s own alumni but via an open call. Selected participants took part in an intensive three-month programme of workshops and masterclasses, after which each made a two-minute film.

These 10 films will screen at the Paramount Pictures Theater during Frieze LA 2020, and the winner of the $10,000 prize will be announced at a ceremony on February 13. The jury comprises the artist Doug Aitken, Sundance programmer Shari Frilot, the director, writer and producer Jeremy Kagan, the artist and director Sam Taylor-Johnson, and Laxart director Hamza Walker.

Among the shortlisted films is a charming animation by Nicole L Thompson about a young boy visiting his grandmother and falling through the pages of a magical book; a verité-style short by Silvia Lara documenting Mexican-American custom low-rider car culture in South LA; and a video by Danielle Boyd of a performance by a man and woman in traditional African garb, straining against ropes tied round their heads — a piece one can easily imagine being projected in a gallery installation. 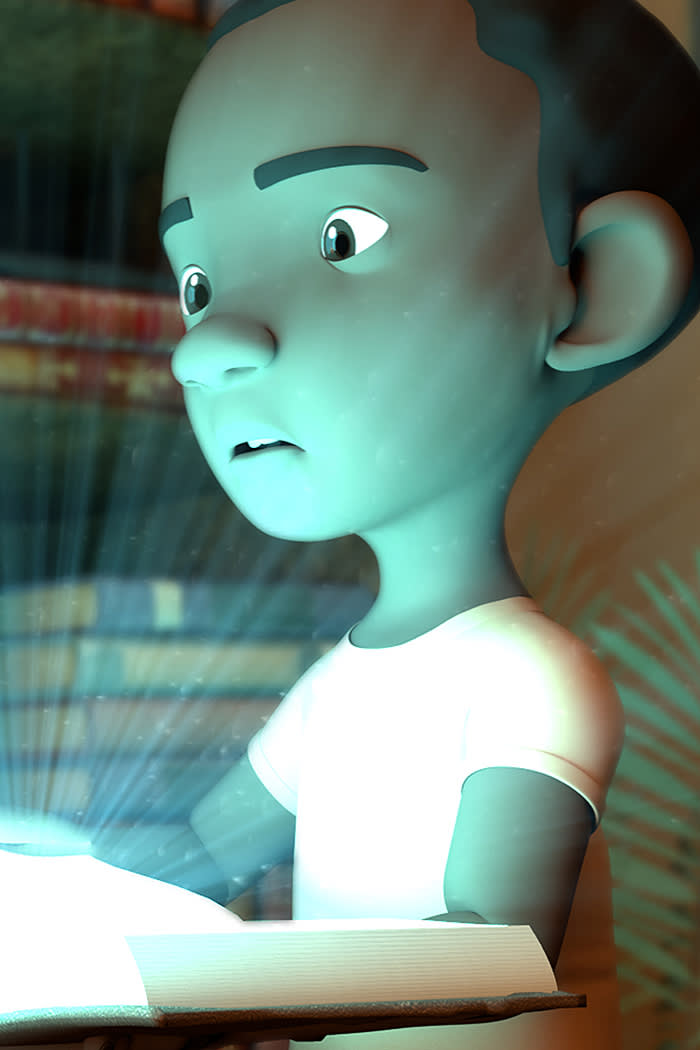 Dodson’s film, Cosmic Affirmation, combines a digital rendering of an asteroid shower, against which she has superimposed a mystical figure wearing a wire crown and rhinestones on her skin. Combined with a diaristic monologue about drinking a glass of water in Pyeongtaek, South Korea, and a lush, spacey musical soundtrack, the film is an evocative glimpse into an alternate plane of consciousness — like most of the Frieze films, definitely more artwork than conventional film.

In recent years, the traffic between the mainstream movie industry and the contemporary art world has increased. Director, cinematographer and screenwriter Arthur Jafa won the Golden Lion at the 2019 Venice Biennale, while music video director Kahlil Joseph has shown his videos in art museums. The artists Steve McQueen, Kathryn Bigelow and jury member Johnson have directed successful mainstream films; others, such as the sculptor, performance artist and film-maker Matthew Barney, have screened work in conventional cinemas. Categories such as art film, art house film, experimental film or even video are becoming hard to parse — especially as most films are shot digitally, and professional equipment becomes more affordable.

The award was designed to reflect these changes. Stosh Mintek, who has been the chief executive of Ghetto Film School since 2018, says: “Working with Frieze meant we came to the table with a whole different set of ideas around what the finished product would be, and really who we were looking to identify and support.” 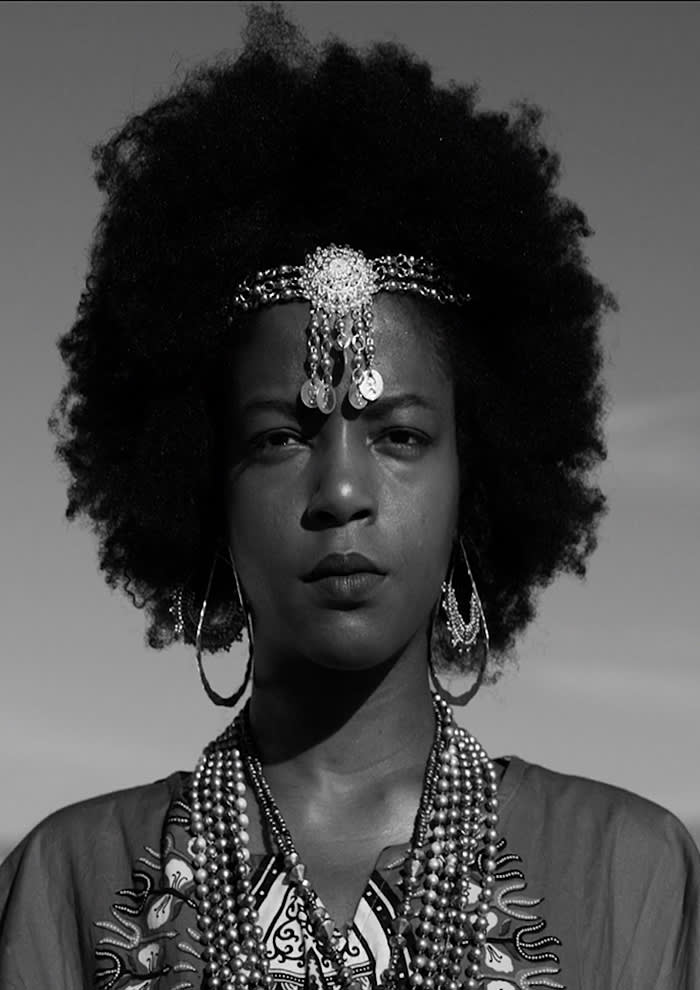 While the core GFS Fellows’ Programme is tailored to narrative filmmaking, teaching techniques such as the Aristotelian three-act structure and studio-style production, the Frieze programme is far more ambitious, designed to respond to creative advances within the industry itself. Film-makers were asked to respond to the art, landscape and social culture of Los Angeles. One of the more formally experimental entries is by Michelle Jihyon Kim entitled Crenshaw and West 8th St and Lights and Camera and Action (and So On), which mixes footage shot on 16mm film and video, as well as still photographs, computer desktop screengrabs and images of 35mm negatives on a lightbox. Any film about Los Angeles is, Kim implies, inevitably also a film about film-making itself.

Kim was drawn to apply for the Frieze award, she tells me, because it seemed like a programme where artists could explore their practice beyond traditional moviemaking. Currently a fine art student at UCLA, Kim says she often felt “frustrated that I can’t seem to find a compromise between my passion for art — specifically painting — and film. This opportunity was the best thing I could have done for myself.” 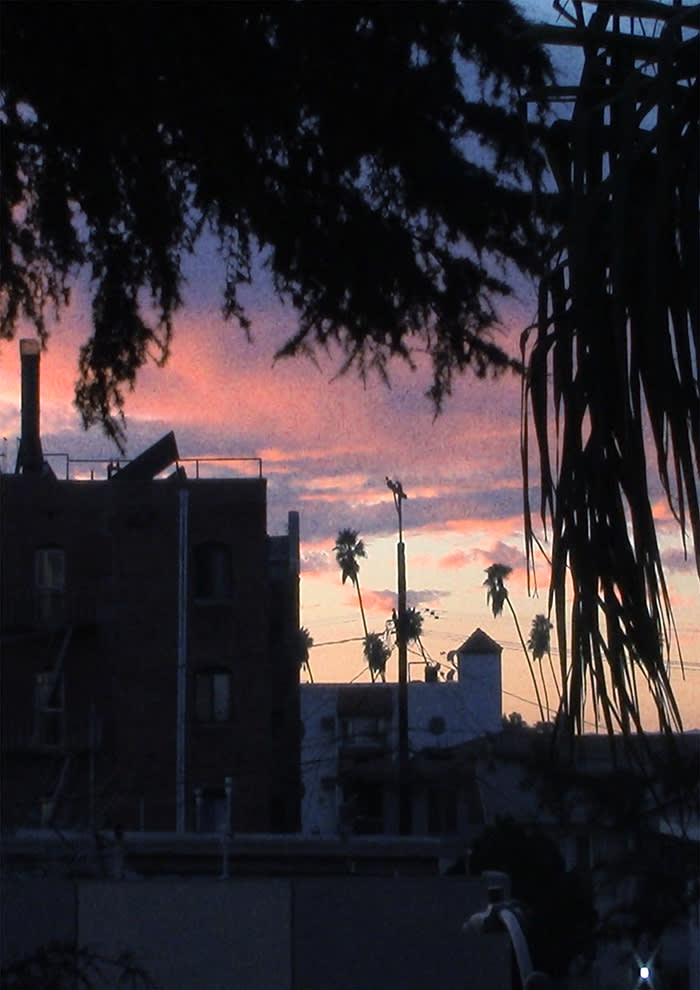 The three-month course combined teaching in one of GFS’s regular haunts, a community centre in MacArthur Park near downtown LA, as well as visits to locations around the city. Both Dodson and Kim recalled that visits to museum exhibitions, including the Iranian photographer and film-maker Shirin Neshat’s current retrospective at the Broad Museum, were inspiring. At the Hammer Museum, they met director Tchaiko Omawale, who, Dodson says, “really challenged us to think about our intentions as film-makers, as creators. She asked us questions like, ‘Who are you making this film for?’”

Listen to the film-maker discuss love, divorce — and how Netflix is changing movies in the new episode of our Culture Call podcast. Plus: the FT’s film critic on everything you need to know about this year’s Academy Awards

I ask Dodson if she still receives support from Ghetto Film School; her answer: an emphatic yes. Only the day before, she met with Montea Robinson, executive director of GFS Los Angeles, whom Dodson describes as a mentor. “I really feel like they have a genuine investment in me as a person,” she says.

More than that, as she heads out into the world of professional film-making, GFS has given her a sense of connection with other artists. “All of my peers from GFS — we still talk to this day, we create with each other, we support each other,” she says. “That artistic community is what I felt I was missing back home. It’s a connection and a family — a group of people and artists that I don’t think will ever not be in my life.”

Follow @FTLifeArts on Twitter to find out about our latest stories first. Listen to our culture podcast, Culture Call, where editors Gris and Lilah dig into the trends shaping life in the 2020s, interview the people breaking new ground and bring you behind the scenes of FT Life & Arts journalism. Subscribe on Apple, Spotify, or wherever you listen.

Children’s Books about Race and Diversity to Start the Conversation

Could Employer-Based Microschooling Be The Newest Workplace Perk? – Foundation for Economic Education

Opinion: The impact of COVID-19 on the mental health of college students