The spotlight on racial justice and equity in America following the killings of Breonna Taylor and George Floyd and others has renewed calls for change in the wealth management industry.

Industry leaders have laid out a plan for how action can become permanent and sustainable at the CFP Board’s Center for Financial Planning Diversity Summit, which was held virtually this year.

Two things were made clear at the annual event: There’s work to be done and more companies in the industry are joining the conversation and taking steps to promote diversity.

Against the backdrop of a global pandemic that has disproportionately impacted minority communities, Merrill Lynch began publishing demographics of its financial advisor workforce, including breakdowns by race and gender. FINRA set up a taskforce to assess the self-regulatory organization. Financial advisors joined anti-racism efforts.

In an effort to narrow the wealth gap, the biggest U.S. banks are expanding their lending to Black-owned businesses, according to the Wall Street Journal. 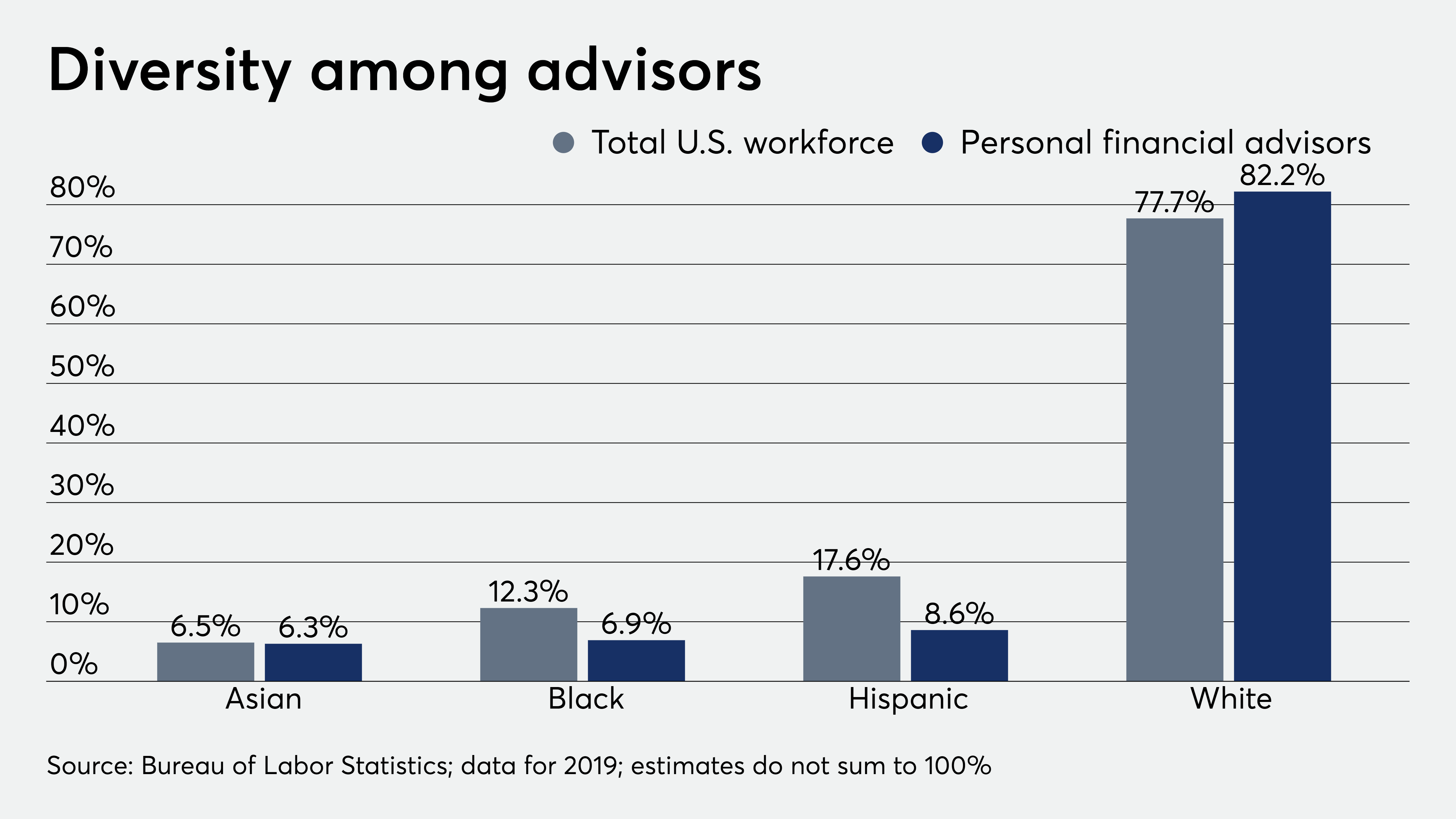 Such firmwide undertakings build off of the work of organizations like the Association of African American Financial Advisors, which has been supporting Black advisors and other minorities in the industry for nearly 20 years.

The initiatives also follow the action of countless individuals in wealth management who have started uncomfortable conversations, launched resource groups, mentorship programs and scholarship programs at their firms.

Speakers at the conference told attendees that progress can take time. Currently, there are 3,259 Black or Latino CFPs, according to the CFP Board. That’s only 3.8% of all CFPs, though the two groups make up approximately 30% of the U.S. population. Women make up approximately 23% of CFP certificants.

Speakers also emphasized that the sustainability of diversity must be a group effort, supported by top management and implemented at all levels.

“We need to move away from this model of DEI being a person or a department,” said John Eing, financial advisor and partner at Abacus Wealth Partners.

Scroll through for a recap of the conference to see what still has to be done to implement change:

Diversity in Contract Hires: An Overlooked Opportunity for Lasting Change?