Ryan Moody’s professional title doesn’t include the words diversity, equity, or inclusion—all terms common in diversity executives’ titles. That’s because she’s an engineer, not a diversity executive. Nevertheless, she’s on the front line doing the work that enhances diversity in her organization, Shell Oil Company.

Moody is operations manager for the oil industry giant’s hydrogen fuel project at the Port of Los Angeles. With two engineering degrees and an array of experience, including a stint working on an offshore oil rig, she’s well qualified to contribute to Shell’s renewable energy business. 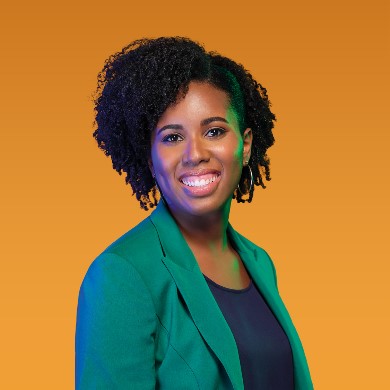 But there’s more to her work. Moody is the national president of Shell’s Black Networking Group and has held other leadership positions, including leading the company’s New Professionals Network.

Moody has found that her engineering and diversity work go well together. “While my engineering work gets the larger portion of my time on a daily basis, it’s actually more integrated than you might think,” she says.

That’s because her work leading large employee resource groups (ERGs) has taught her leadership lessons that she’s been able to apply to her engineering role. “For example, when I was one of two women on an offshore oil rig of 192 people, I was able to successfully navigate through any challenges and hold my own by applying my experiences.”

The instincts that prompted her to become an engineer also contribute to her effectiveness in diversity work. She recounts her engineering origin story by explaining that as a teenager, she was frustrated by a problem and envisioned herself as part of the solution.

Back then, the problem was a lack of available haircare products for her natural hairstyle. She says she was a teenaged “mad scientist” hunched over the bathroom sink as she tried to concoct her own formulas.

Fast-forward to now, and she’s involved in more weighty issues. But that mindset—seeing a problem and working to be part of the solution—still drives her.

“I was and continue to be frustrated by many social problems that I see and learn of, and I see being involved in employee resource groups as part of the solution,” Moody says, adding that leading an optional group like an ERG creates opportunities to bring diversity, equity, and inclusion (DE&I) to her nonoptional work groups.

Moody says she always knew she wanted to be a leader in large, diverse organizations, but she didn’t always know what roles and development opportunities she would have after joining Shell. However, she did foresee getting involved in ERGs.

“Beyond a paycheck, I expect a lot out of my workplaces,” Moody says. “I expect to feel like I’m contributing to a larger purpose, that I’ll have a few friends, that I’ll continue to learn new skills, and more. Part of that ‘value proposition’ is having employee networks like the Black Networking group or the Women’s Network, which make me feel less alone and more understood.”

Moody’s ERG work has led to increased interaction with company leadership involved in DE&I. She even got a personal phone call from the CEO reflecting on a viral post she made about being a black woman in her workplace at Shell.

Moody is most interested in addressing systemic causes and impacts of racism at work, and she appreciates when leaders speak out, but “that means little if they aren’t changing the root causes that led to a racist outcome,” she says. “While Shell is not ‘flashy’ about our work in DE&I, the work in truly trying to understand the causal factors that lead to unequal outcomes is something I respect and stand behind.”

Moody has ideas on how leaders—not just at Shell but also at all kinds of employers—can improve diversity. She lists:

Training is a key way employers can increase diversity, Moody says, but leaders have to think carefully about what will be effective.

“My reasoning is that although many go to trainings to learn about diversity, social justice, or systems of inequality and may leave with an eye-opening experience, they have little practice or knowledge of how to operationalize what they’ve learned or what next steps they should take beyond ‘being aware’ and ‘trying to get to know people for who they really are,’” Moody says.

A failing of some training programs, she says, is that they focus on the egregious and overt acts of interpersonal racism, such as racial slurs, without touching on systemic racism or internalized racism. Such training may cause some employees to think that a slur-free workplace is inherently a just workplace.

“Instead, I believe that activity-based trainings have a better chance of success,” Moody says. She likes training that lets people practice interventions when they’re faced with something unjust.

“To ensure the lessons are impactful and effective, trainings should be a multistep process that focuses on identifying and addressing causes of systemic inequality,” Moody says. “Additionally, the trainings should focus on intervention behaviors and cultural competency/self-reflection to hone peoples’ skills at noticing micro-aggressions that they might otherwise have overlooked.”

Sourcing diverse talent is another component for employers to consider, and Moody says employers should speak to prospective candidate pools about DE&I initiatives in specific terms.

“For example, if an employer began flexible working to accommodate working parents in the pandemic, then that should be mentioned. Additionally, if employers have a ‘we don’t allow salary negotiations’ policy to prevent skewed starting salaries by gender, it is important for prospective candidates to know this,” Moody says.

She also stresses the need to consider the actual skills that are needed for a position and select them in a way that “best hides the background noise.”

“For example, when I ‘hire’ people to work in my employee resource group, I historically haven’t done interviews,” Moody says. “Instead, I prefer written applications that are double-blind.”

She says she has applications sent to a coworker, who scrubs them of gender, race, and other identifying information before passing them over to her.

“This allows me to remain unbiased and make a decision based on the skills they share in their answers,” Moody says. “As a result, my groups have had an incredibly diverse pool of chapter presidents and national leaders.”

Lord Of The Rings: The Rings Of Power Controversy Explained