The video’s intent was to train teachers and staff on how to educate and interact with students of a different race. The video depicted several scenarios in which white teachers and adults showed perceived racial bias against African Americans before stating that staff members and teachers should be aware of their biases. (A link to the video is at the bottom of this article.)

“This video was not intended to offend, anger or divide our employees, or anyone,” Smith said, reading from a prepared statement. “I apologize.”

“The idea of the video was mine, and I asked that it be shared with all district employees. Our goal as a district is to close the achievement gap between our white and black students in both English and math. That gaps are 34% and 35%. This video has no impact or ties to curriculum. We are in full, 100% compliance with the State Board of Education’s recent decision on critical race theory.”

“We must begin to close the achievement gap. The question is how? Clear answers may not be readily available, but we can only do it together on one accord…My hope is that we can move forward united and dedicated to reaching all students,” Smith stated. 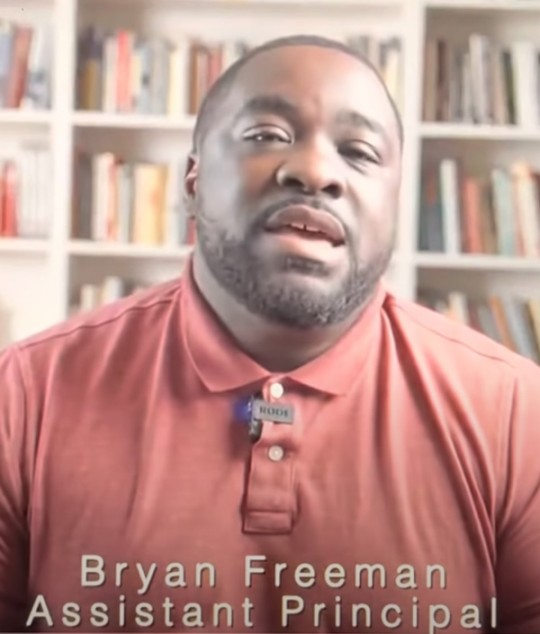 Only black and white races were included in the video.

Board member Kevin Adams said he saw the video at a bus driver in-service training.

“It stunned me. Thirty-eight years with the Department of Defense with the United States Navy taking training every year in diversity, I’ve never seen nothing like that,” Adams said. “I think it should be pulled back. I don’t think that video should be shown anymore. It was divisive, and we don’t need that. We all need to come together as a team.”

Adams said he wants future policy related items to come to a school board workshop before being distributed throughout the county. “That’s not the place to make policies; the policies should be made here (before the school board). Unless my board attorney is going to tell me otherwise, we don’t make policy at training.”

“I think the video is definitely not the right tact for us to take,” board member Paul Festsko said. “I would appreciate, sir, if it was taken down and no longer mandatory.”

“I am the godmother of 47 children, and they’re not depressed” community member B. Thomas told the board. “I was very disturbed about this video. It was setting a view like we have a problem in the school system.”

“It is improper. We are not oppressed,” Thomas, who is African American, continued. “Yes, I’m angry about it. I think it’s a race theory you want it to be in the system, but it’s not going to work.’

Alice Downs, a 20-year elementary school teacher is Escambia County said the video was a mandatory “watch party” for employees, and they were required to sign a Google form that they had watched it. She said there were “seven scenes of completely racist white people depicted in the video … You are taught to be racist. These kids are not racists. They love each other.”

“I really, really hope this video was not shown to the students from Montclair Elementary School where it was filmed and are show participated in making the video,” Downs continued. “What kind of impression do you think that left on them? They got to watch scene after scene and after scene of white racists. What kind of conditioning is that? And also what kind of impression did it give to the two white child actors in the video that had to practice that scene multiple times. Practicing being racist. The overall message is a valid one, but the way they were pitting us against each other, I don’t believe it. You totally missed the mark on this, superintendent, and you have a lot of teachers of all races upset. No Asians were in this video; no Hispanics were in this video.”

Mike Hill, an insurance agent and former state representative, said the video was demeaning to both black children and to teachers. He said the attempt to close the achievement gap between black and white students is applaudable, but the video does not accomplish the task.

“It gives too many black children the idea that they are victims, that they have a victim mentality,” he said.

Hill said a portion of the video about linguistics was especially appalling as it suggested teachers should try to communicate with students using Ebonics.

“Ebonics is nothing more than poor English,” he said. “English is the international language for finance. The better you are with writing and speaking English, the more money you make. We should be teaching these children how to improve their English skills, not accept when their English skills doe not meet the correct level.”

We welcome your comments on this story, but there are some rules to follow::

(1) Be Nice. No comments that slander another, no racism, no sexism, no personal attacks.

(2) No Harrassing Comments. If someone says something bad about you, don’t respond. That’s childish.

(3) No Libel. That’s saying something is not true about someone. Don’t do it.

(4) Keep it clean. Nothing vulgar, obscene or sexually related. No profanity or obvious substitutions. Period.

(5) NorthEscambia.com reserves the right to remove any comments that violate our rules or we think to be inappropriate. We are not responsible for what is posted. Comments
may not appear right away until they are approved by a moderator.

(6) Limit your comments to the subject in this story only, and limit comments to 300 words or less. Do not post copyrighted material. Comments will not be added to stories that are over 30 days old.

The pandemic forced these families to try new education formats. Now, they want to stick with it. – Alaska Public Media

Jason Smith: ‘Progressive Intolerance’ Even Extends to Fellow Dems, They…

The Value of Diversity in the Workplace – College Recruiter

The Global Search for Education: Kira Shiner Talks about Producing Music in a Pandemic