Responding to claims that Mr Williamson had mixed him up with London-born Itoje, Manchester-born Rashford wrote on Twitter: “Accent could have been a giveaway.”

He was commenting on a report in London’s Evening Standard that Mr Williamson has never had direct communication with Manchester United forward Rashford, who is a high-profile campaigner for free school meals and other food poverty issues.

In an interview with the newspaper, Mr Williamson said he met Rashford “over Zoom and he seemed incredibly engaged, compassionate and charming but then he had to shoot off”.

Accent could have been a giveaway 🤣 https://t.co/CO2oQjiZZ6

But the newspaper article added: “Later Williamson’s team tell me he actually met the rugby player Maro Itoje, who campaigned to bridge the digital divide, not Rashford.

“Rashford’s spokesperson confirms that he has never had any direct communication with Williamson, although the minister did have a call with Itoje about equal access to education during the pandemic.”

In a statement, Mr Williamson admitted he had made a “genuine mistake” during the newspaper interview.

“Towards the end of a wide-ranging interview in which I talked about both the laptops and school meals campaigns, I conflated the issues and made a genuine mistake,” he said.

“We corrected this with the journalist before publication of the story. I have huge respect for both Marcus Rashford and Maro Itoje who run effective and inspiring campaigns.”

Due to recent speculation I thought it was necessary to confirm that I am not Marcus Rashford… And whilst we are here my name is not Mario either!! Just a simple Maro Itoje will do…

During the COVID crisis, Itoje has campaigned for laptops to be given to all disadvantaged children in the UK.

The rugby player, who toured South Africa with the British and Irish Lions this summer, also joined in the online mocking of Mr Williamson’s mistake.

He posted on Twitter: “Due to recent speculation I thought it was necessary to confirm that I am not Marcus Rashford… And whilst we are here my name is not Mario either!! Just a simple Maro Itoje will do…”

Earlier on Wednesday, Prime Minister Boris Johnson paid tribute to Mr Williamson for having done a “heroic job” during the “very difficult circumstances” of the COVID pandemic, when asked in the House of Commons whether the education secretary was “up to the job”.

It comes amid speculation Mr Williamson could lose his job as part of a reshuffle of Mr Johnson’s cabinet.

The prime minister’s press secretary said on Wednesday that there are no plans for a reshuffle but that Mr Johnson will be working from Downing Street on Thursday. 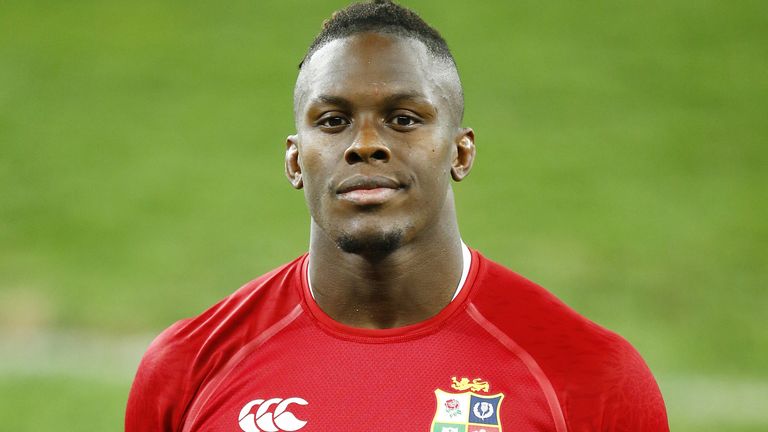 A spokesperson for Rashford also confirmed to Sky News that the footballer and Mr Williamson have never met. They also said that Rashford had written two letters to Mr Williamson since September last year, of which only the first received a response from the education secretary.

The spokesperson said that reply, received after five or six weeks, was a “cold response” and constituted a “copy and paste of a Wikipedia page of relief efforts the Conservative Party have put in place since coming into power”.

Last year, now-disgraced health secretary Matt Hancock had to explain why he accidentally called Rashford “Daniel” while praising the footballer for leading a campaign to extend free school meals during a Sky News interview.

Rashford’s spokesperson added: “Marcus’s consistent ask to those in power has been collaboration. 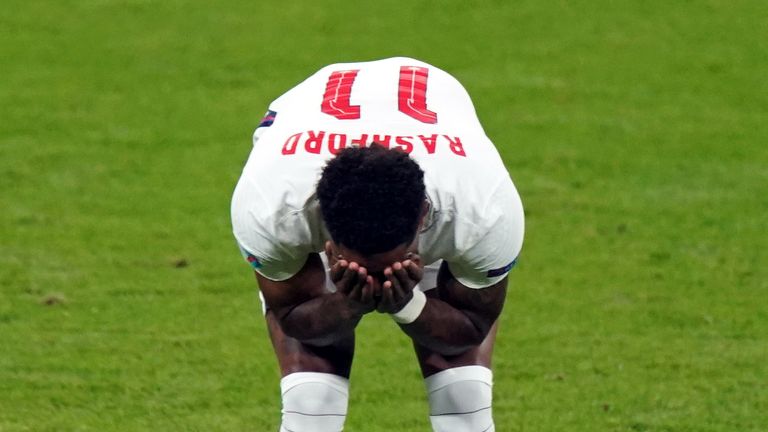 “More often than not this ask is rebuffed. Maro and Marcus are two incredibly successful young black men, but there is little more they have in common.

“Whether it’s Daniel Rashford or a Maro Itoje reference, the message remains the same. Put our children first.”

Labour’s shadow justice secretary David Lammy told Mr Williamson on Twitter: “You must be the most ignorant, clueless and incapable education secretary in the UK’s history.”

This is appalling.@GavinWilliamson what was it about @maroitoje that made you mistake him for @MarcusRashford?

You must be the most ignorant, clueless and incapable Education Secretary in the UK’s history. https://t.co/DaXpGPBzWq

Liberal Democrat education spokesperson Daisy Cooper said the “shocking and embarrassing” incident should be “the final nail in the coffin” for Mr Williamson being a member of the government.

And Greater Manchester mayor Andy Burnham told Sky News: “I guess in the past it’s been the case that Conservative politicians, some of whom don’t follow football very much, may not have known a prominent Manchester United player.

“But this isn’t any Manchester United player. This is somebody who led the highest-profile campaign probably that any footballer has ever run in the public domain, in the political domain, calling for free school meals for young people – directly at the door of Mr Williamson’s department.

“So for him to say he doesn’t know who he is, what’s he been doing over the last year or so?”

Rashford was among those England footballers to be racially abused on social media following the national side’s loss to Italy in the Euro 2020 final at Wembley in July.

Following the defeat, a Conservative MP apologised after suggesting Rashford should have spent more time “perfecting his game” than “playing politics” after he missed a penalty in the final’s shoot-out.

District Administrator Details How She Reimagines, Redefines, and Redesigns Education…