INDIANAPOLIS — A controversial bill that opponents say would limit educators’ ability to teach about racism passed out of a House committee Wednesday. 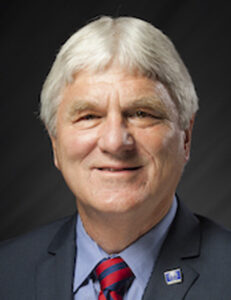 “The facts will teach the students (that racism is bad). Students will make, inform and fashion their opinions about those,” Cook, R-Cicero, said. “What we’re trying to do is caution against bringing in (your) own feelings and imposing or promoting those to students.”

House Bill 1134 passed on an 8-5 vote, with Rep. Ed Clere, R-New Albany, joining with the four Democrat members to vote against the bill.

Teachers and educators testified Monday that the bill would have a negative impact on the workforce and considered it an “unfunded mandate” on teachers already stretched thin from the pandemic.

The bill would require teachers to post all of their curriculum materials online for parental review and establish curriculum oversight committees partially composed of parents.

Cook said the bill would provide transparency to parents and allow them to control the education their children receive. He offered an amendment to address several concerns but the committee didn’t hear any public testimony on the amended version of the bill.

He emphasized that school counselors could still intervene with a student’s mental health in an emergency situation and the membership of the curriculum oversight board, which must include a majority of parents.

The amendment passed with no Democratic support, with Rep. Ed DeLaney, D-Indianapolis, saying the bill should be “consigned to oblivion.”

Cook said the bill “clarified that schools can and should teach that Nazism is bad” but the bill itself doesn’t contain any language on Nazism. His comments come after the author of the Senate version, Sen. Scott Baldwin, R-Noblesville, made national news for saying teachers should teach fascism neutrally. Baldwin later walked back his remarks.

Senate President Pro Tem Rodric Bray, R-Martinsville, said Tuesday that senators would rework their version of the bill, which was scheduled for its own hearing on Wednesday.

“It’s difficult to craft this kind of legislation,” Bray said. “We want to make sure that we have the right landing spot.”

The House version goes before the full chamber for a vote before moving to the Senate chamber.

This article is made available through Hoosier State Press Association.

OPINION: School closures are the inevitable result of Dunleavy’s education…

Why Living Under the US Constitution Is the ‘Greatest Political…

IT’S ALL CAPTURED ON TAPE! MI Dept of Education Trains Educators to Secretly…

How Dyscalculia Affected My Education and Career

Sherri Shepherd on Her New Talk Show, Daytime TV and ‘The View’ – Variety

Self-Made Houston Realtor Making Strides in Diversity, and $16 Million in Sales for 2022