That’s according to “The State of Credit Union Governance 2020,” a new report from the Credit Union Executives Society (CUES), Quantum Governance and the Johnston Centre for Corporate Governance Innovation at the Rotman School of Management in Toronto. The survey found 53% of respondents ranked “demographic diversity” (whether by age, gender or race) as their top priority when recruiting new board members. That high response rate could be interpreted as an indication the ongoing conversation about further diversifying the industry is making its way to credit union boards. 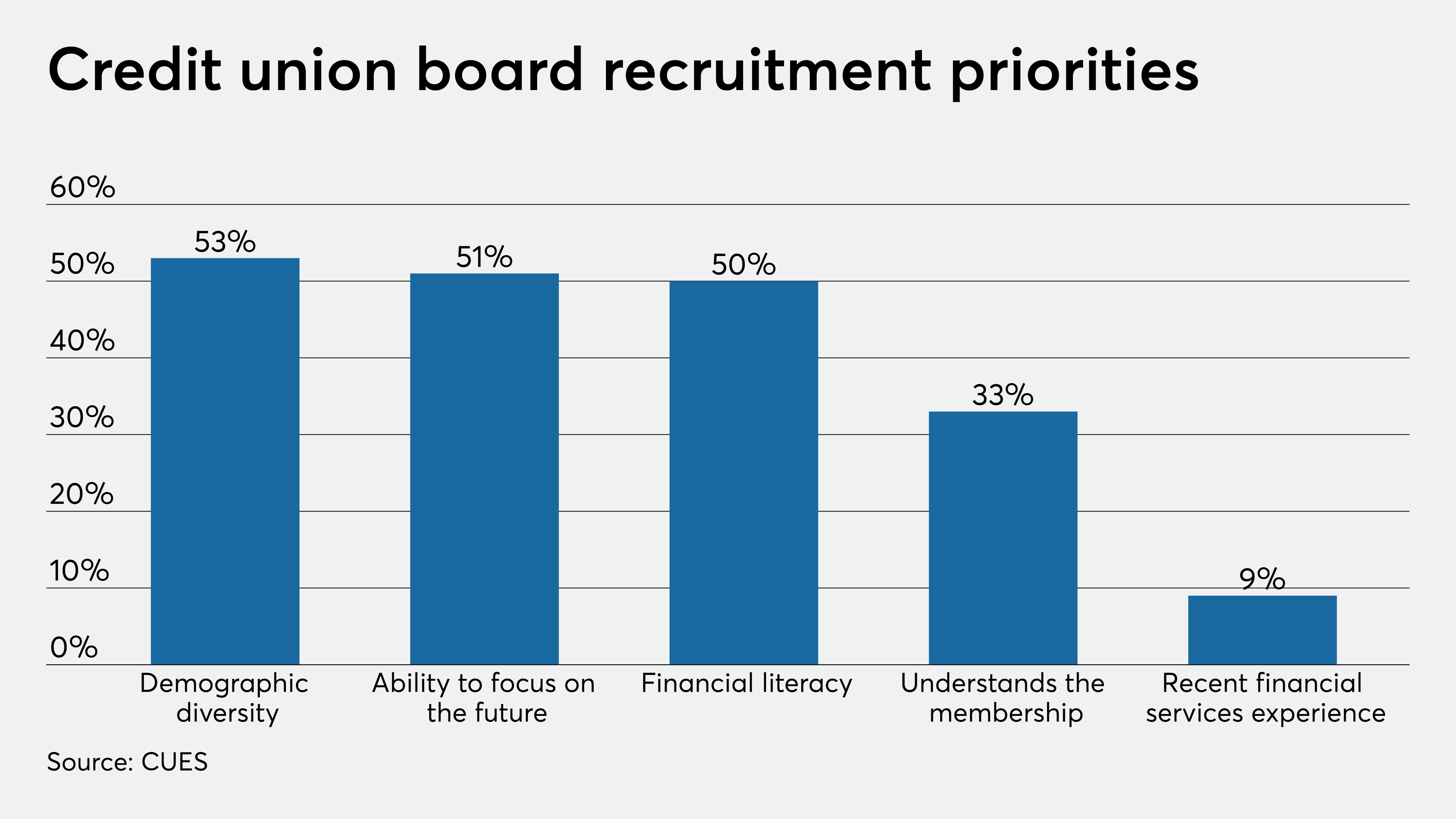 Interestingly, recent experience with financial services or senior management ranked near the bottom of the list, at just 9% and 12%, respectively. Recent years have seen a rise in concerns that volunteer boards might not be able to sufficiently oversee a modern, sophisticated financial institution, leading some states to put forward laws allowing credit unions to compensate board members in the hopes of attracting a more qualified candidate pool.

In line with that, less than half of respondents (45%) ranked financial literacy as one of the skills most relevant to the board room. The overwhelming leader in that category was “Ability to focus on the future,” with 76%. Demographic diversity ranked lower in this category at just 31%, while recent financial services or senior management experience again came in in the single digits.

“Previous research by the Johnston Centre had shown that although boards prioritized such soft skills as independent mindedness and strategic acumen, they often recruited for such hard skills as financial literacy and operational expertise,” CUES wrote, citing a 2018 study. “Indeed, we found that board members continue to think that soft skills…are most valuable in the boardroom.”

The study confirmed that, at least in some cases, stereotypes about credit union boards are true: On average just 20% of directors are under the age of 50, while the average board – made up of nine members – contains just three women and only one visible minority, according to the report.

And if credit unions are only relying on voluntary turnover to refresh their boards, it could be a while before things start to change. CUES found 61% of boards do not currently have term limits for directors.

The Office: 10 Things We Learned From The Office Ladies Podcast

How Can Diversity Increase a Company’s Bottom Line? | BIZCATALYST 360°