Can A Postdoc Program Upset Barriers for Faculty of Color? | Diverse: Issues In Higher Education 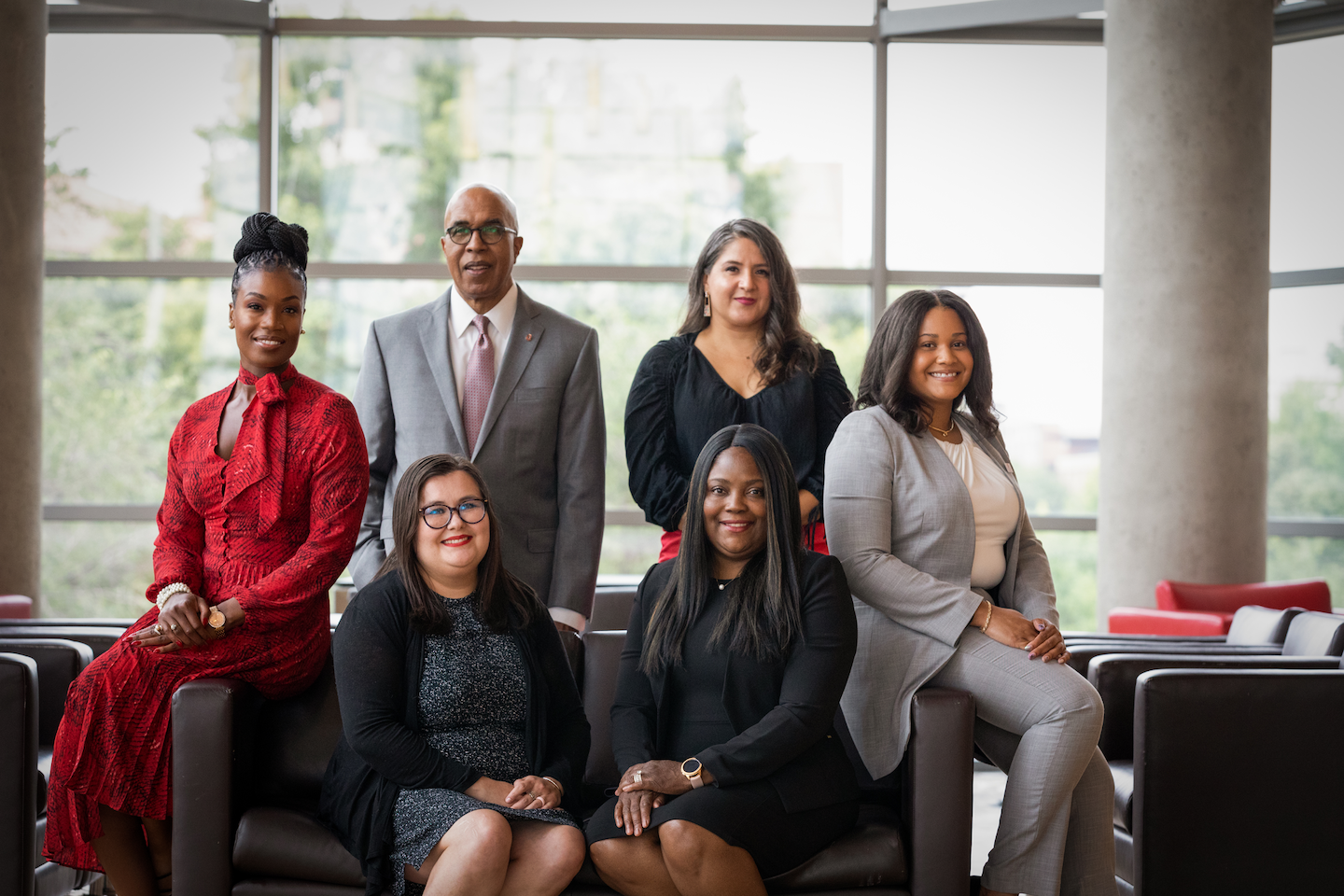 “It took awhile to get here,” she said.

Before OSU, McMillian worked on her doctorate at the University of Missouri, during the 2015 racial justice protests that engulfed the campus. She wanted to stay at the University, but found it hard to do so without more support.

“I was really frustrated. It was difficult for me to find an opportunity to complement my desire to do a different kind of research,” said McMillian. “Then I heard about this inaugural program in Ohio, and I just decided to apply for it.”

As part of the College’s first cohort of the Dean’s Diversity Postdoctoral Fellows Program, McMillian is one of five fellows to land a tenure-track position at OSU. All postdocs are people of color, a remarkable statistic given the long and documented barriers that underrepresented faculty face in academia.

About less than 15% of postdoctoral scholars become tenure-track faculty, research has shown, and a small percentage of that already small number are people of color. According to the National Center for Education Statistics, Black and Hispanic scholars in 2018 held 18% of tenure-track positions and only 7% of tenured roles.

“There’s this narrative that we can’t hire faculty of color because there are hardly any. But the College’s deans understood it was a numbers game and had a vision,” said McMillian. “Instead of playing musical chairs with faculty recruiting from other universities, why not grow our own?”

Increasingly dismayed at the lack of scholars of color getting tenure-track jobs after fellowships, Dr. Donald Pope-Davis, dean of the College of Education and Human Ecology at OSU, thought of an initiative to prepare postdocs of color. He noticed many institutions were spending more resources to recruit minority faculty, but when he checked in with peers a few years later, many faculty of color were no longer there.

“Let me be clear. A lot of these institutions were very well-intentioned. They wanted to make a commitment to diversity and equity,” said Pope-Davis. “The problem was that many still took a traditional approach to hiring and recruiting faculty. This idea of, ‘let’s recruit some of the best scholars in the country, bring them here, and we’re good.’”

Pope-Davis said accounting for the culture of the department or college would often get left behind. He wanted to take a different approach at OSU, starting with assessing the College and hiring more faculty of color. “Because if you are talking about diversifying, you are implicitly saying that you are thinking about doing business differently,” he added.

Alongside Dr. Noelle Arnold, senior associate dean and professor of education administration at the College, Pope-Davis launched the two-year fellowship program in 2019 with Arnold running the initiative.

“The chief idea was not just to increase our diversity but to make our College ready to receive the diversity we wanted,” said Arnold, who stressed the importance of postdocs seeing faculty who looked like them.

They also offered a salary that was about $12,000 to 15,000 higher than the average salary for postdocs. And they paired fellows with a mentor, who was also paid to emphasize the importance of their work to the college, said Arnold. She and Pope-Davis recognized the power of building a community among the cohort.

“The quickest way to lose faculty of color is to do what I call the M&M effect,” said Pope-Davis. “That’s when you add one diverse person like a colored M&M, then maybe add another colored M&M, and they don’t prosper. Because they are in isolation. They leave. We disrupted all of that.”

“If we can pool diverse postdocs, groom them, give them the support they need, and tell them that if they meet expectations, they could be hired on after, then we’re not taking faculty of color from other universities,” she said. “I really like that.”

Since the fellowship started, the eight total postdoctoral scholars have received more than $4 million in grant funding and written more than 30 publications.

The College is recruiting the next cohort to start in fall 2022. And OSU’s College of Engineering has been making moves to start a similar postdoctoral model. Pope-Davis said he hopes other institutions can learn from this model as well.

“We recruit people, and they don’t want to leave because it’s not only about money. It’s about being in a space where you can see yourself and a climate that says we want you here,” said Pope-Davis. “To make that happen, more leaders need to take risks. Higher education can often have a timidity around risk. But we took one, not a blind risk, we did our research. And our intent now is to keep on going.”

Rebecca Kelliher can be reached at rkelliher@diverseeducation.com.

As US Schools Prioritize Diversity Over Merit, China Is Becoming the World’s STEM Leader