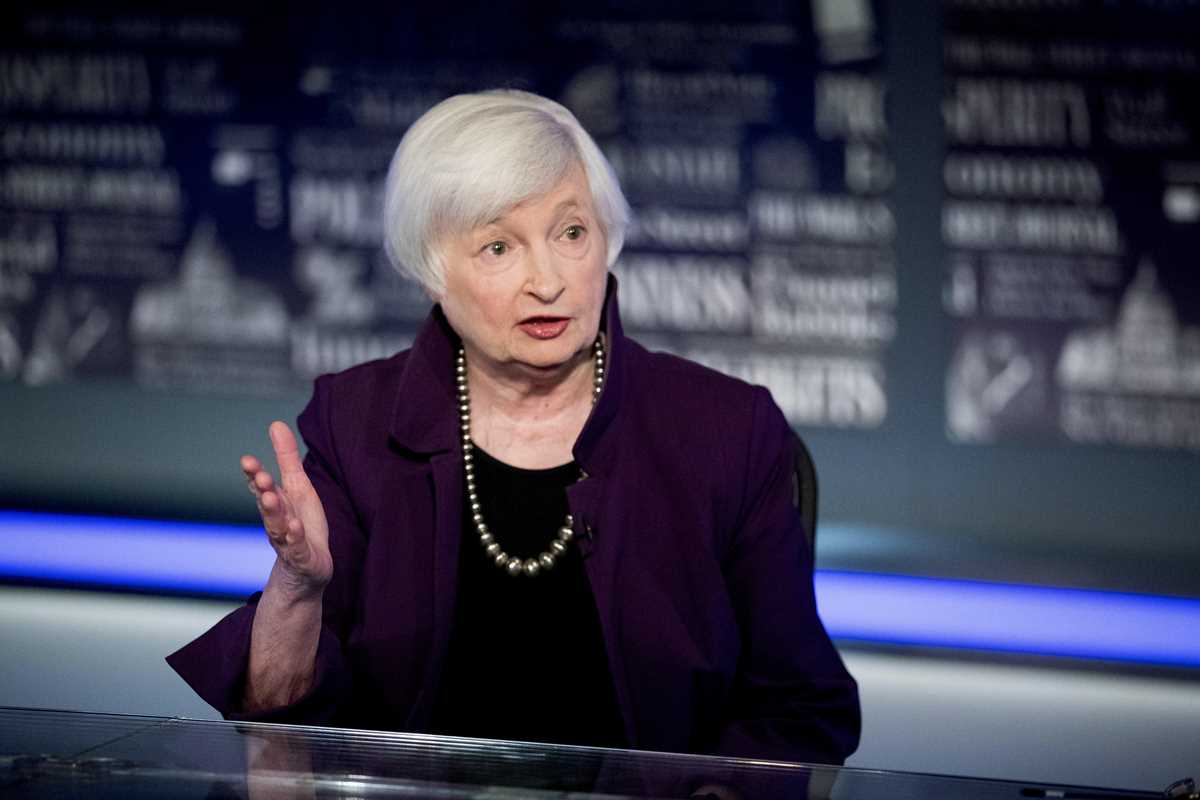 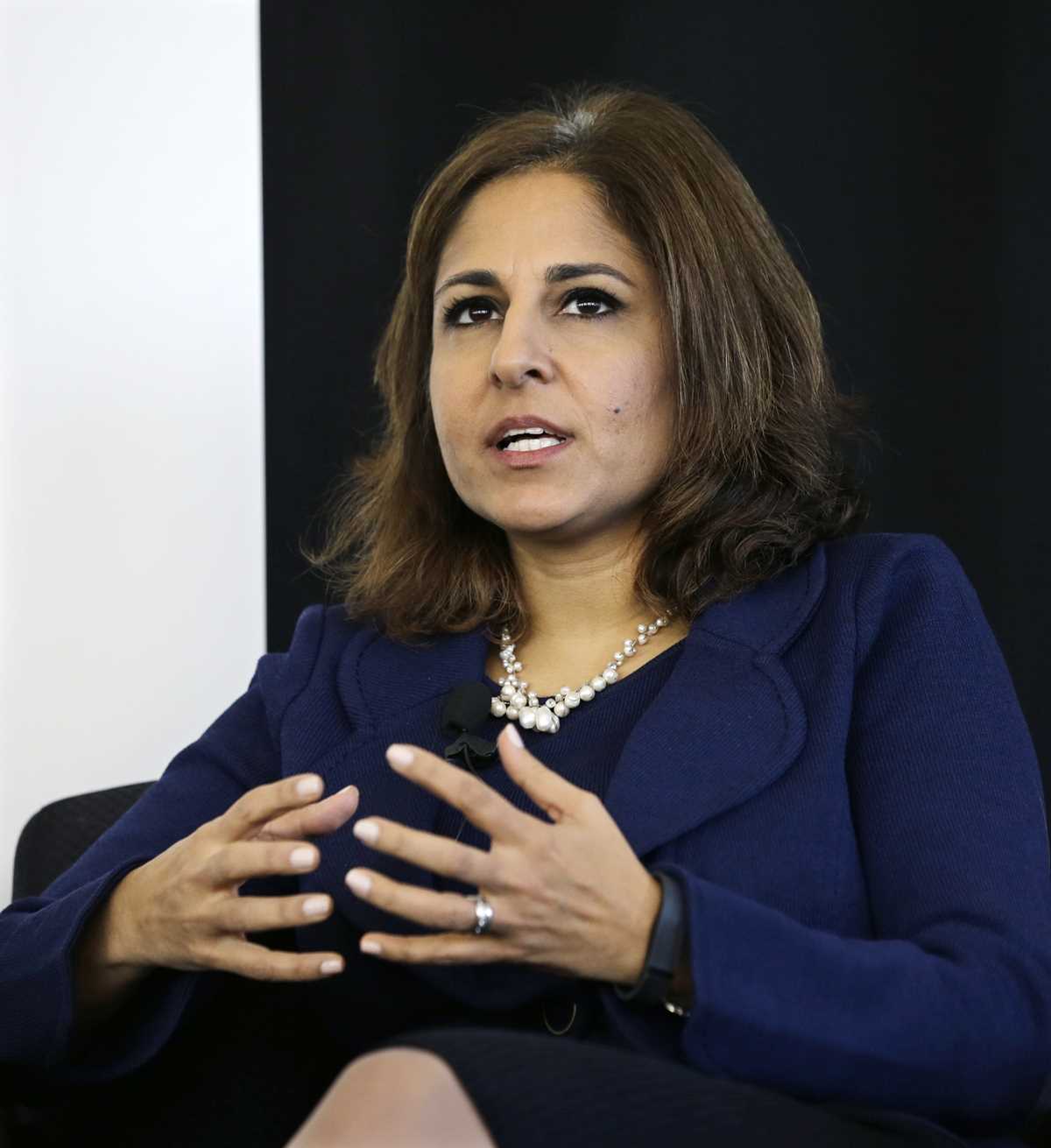 Neera Tanden, president of Center for American Progress, speaks during an introduction for New Start New Jersey at NJIT in Newark, NJ, Monday, Nov. 10, 2014. President-elect Joe Biden will have an all-female senior communications team at his White House, led by campaign communications director Kate Bedingfield. Tanden will be director of the Office of Management and Budget, according to a person familiar with the transition process granted anonymity to speak freely about internal deliberations. (AP Photo/Mel Evans)

WILMINGTON (AP) — President-elect Joe Biden on Monday announced his senior economic team, including his plans to nominate the first woman to head the Treasury Department as well as several liberal economists and policy specialists who established their credentials during the previous two Democratic administrations.

In a statement, Biden said he would nominate Janet Yellen, the former Federal Reserve chair, to lead the Treasury Department, and former Clinton and Obama adviser Neera Tanden to serve as director of the Office of Management and Budget. He also named Wally Adeyemo, a former Obama administration official and the first CEO of the former president’s nonprofit foundation, as his nominee for Deputy Treasury Secretary. Biden also unveiled his White House economic team, consisting of economists Cecilia Rouse, Jared Bernstein and Heather Boushey.

“As we get to work to control the virus, this is the team that will deliver immediate economic relief for the American people during this economic crisis and help us build our economy back better than ever,” Biden said in a statement.

THIS IS A BREAKING NEWS UPDATE. AP’s earlier story follows below.

President-elect Joe Biden is expected in the coming days to name several of his most senior economic advisers, a group that includes several liberal economists and policy specialists who established their credentials during the previous two Democratic administrations.

Biden, who has placed a premium on diversity in his selection of Cabinet nominees and key advisers, is looking to notch at least a few firsts with his economic team selections.

The Biden campaign has not yet announced the picks, but these are some of the individuals he’s expected to select to high-profile positions on his economic team, according to people familiar with the transition process who were granted anonymity to speak freely about the president-elect’s deliberations:

Yellen became Federal Reserve chair in 2014 when the economy was still recovering from the devastating Great Recession. In the late 1990s, she was President Bill Clinton’s top economic adviser during the Asian financial crisis. Under Biden she would lead the Treasury Department with the economy in the grip of a surging pandemic.

If confirmed, Yellen would become the first woman to lead the Treasury Department in its nearly 232-year history. She would inherit an economy with still-high unemployment, escalating threats to small businesses and signs that consumers are retrenching as the pandemic restricts or discourages spending.

Tanden is the president and CEO of the liberal think tank Center for American Progress. She was the director of domestic policy for the Obama-Biden presidential campaign, but she first made her mark in the Clinton orbit.

If confirmed, she would be the first woman of color and the first South Asian woman to lead the OMB, the agency that oversees the federal budget.

But Senate Republicans are signaling they’ll oppose confirmation. Late Sunday a spokesman for GOP Sen. John Cornyn of Texas tweeted that Tanden “stands zero chance of being confirmed.” And Josh Holmes, a political adviser to Senate Majority Leader Mitch McConnell, tweeted that confirmation was likely doomed. Republicans hold the edge in the current Senate, although next year’s majority won’t be decided until Jan. 5 runoffs in two races involving GOP incumbents in Georgia.

CECILIA ROUSE, chairwoman of the Council of Economic Advisers

Rouse is a labor economist and head of Princeton University’s School of Public and International Affairs. She served on the CEA from 2009 to 2011, and served on the NEC from 1998 to 1999 in the Clinton administration.

Notably, she organized a letter earlier this year signed by more than 100 economists calling for more government action to mitigate the fallout for Americans caused by the coronavirus pandemic.

Rouse, who is Black, would be the first woman of color to chair the CEA.