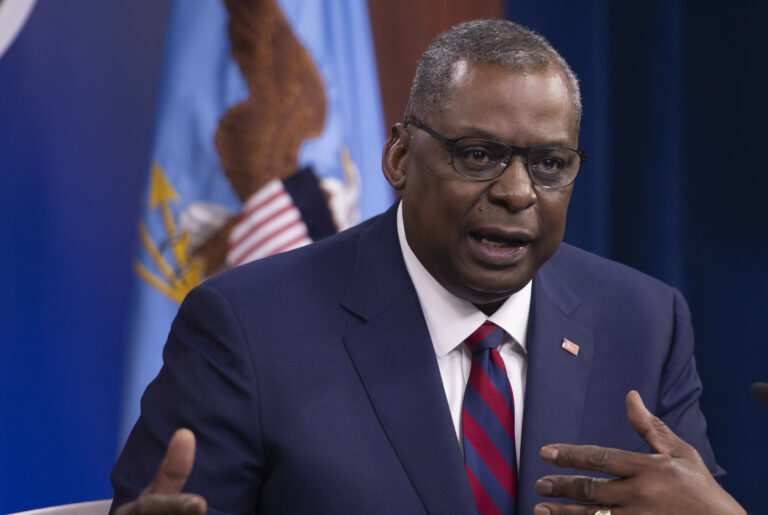 The Department of Defense is strongly concerned with the lack of racial diversity in the department and the military, according to new remarks from Defense Secretary Lloyd Austin and Joint Chiefs of Staff Chairman Gen. Mark Milley on Wednesday.

Milley first delivered an address at the Howard University ROTC Commissioning Ceremony on Wednesday, during which he alleged inadequate levels of diversity in the military and stating, “we must get better.”

In a press briefing later on Wednesday, Pentagon Press Secretary John Kirby said Austin agrees with Milley that the diversity in senior-level roles is insufficient.

Kirby said that Austin “strongly believes that diversity is a readiness issue because it allows different perspectives, additional context, different lived experiences to inform the way we make decisions and the policies that we craft, the operations that we lead.”

“The secretary believes this has got to be a concerted effort, an every-day effort. It’s got to be led. If leaders across the department don’t take this on as a personal commitment, it’s not going to change,” Kirby said.

In his speech, Milley said that there are only two black four-star generals out of 41 today, a number inconsistent with the military’s overall racial makeup in which 20 percent of all service members are black.

“Opportunity in our military must be reflective of the diverse talent in order for us to remain strong,” Milley said. “Our nation is ready to fulfill the promise of our Constitution to build a more perfect union and to ensure equal justice for all people, and it is your generation that can and will bring the joint force to be truly inclusive of all people.”

Kirby pointed to the department’s hiring of Bishop Garrison to spearhead diversity, inclusion, and equity efforts. He said Garrison has been given “a wide berth to take a look at these kinds of issues across the force, to see how we can improve our diversity better.”

Garrison, a former Army officer and policy lawyer, currently serves as a senior advisor to Austin on the issues of Human Capital and Diversity, Equity, and Inclusion.

Several other diversity efforts have been undertaken in the U.S. military during the Biden administration.