Many people assume that if their city was ever faced with a disaster like the eruption of Mount Vesuvius in 79 AD, they would try to escape. However, this was not the reaction of the two victims found in the archaeological site known as Casa del Fabbro, or the Craftsman’s House, in Pompeii. Based on the position of their bodies, neither of these people attempted to escape.

By studying the bones of one of these victims, scientists have been able to gain a better understanding of why, exactly, they might not have run.

Pompeii was an ancient Roman city situated near the Bay of Naples. Located only five miles away was Mount Vesuvius, an active volcano. Initially, this didn’t affect the lives of Pompeians and the city became a place of refuge for some of Rome’s richest citizens. The city contained many elegant houses and villas, as well as taverns and open-air markets. 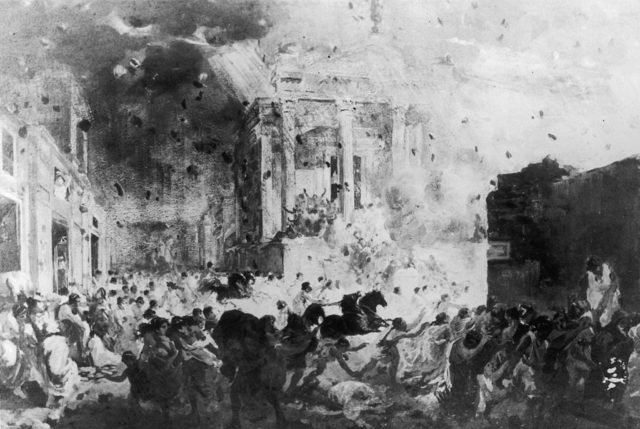 This all changed in 79 AD, when Mount Vesuvius erupted, burying the entire city in thick ash and killing roughly 2,000 people. When the site was rediscovered in the 18th century, it was like finding a sliver of Roman life preserved forever. The ash caused many things like art, artifacts, and even bodies, to be very well protected.

The site has become not only a popular tourist destination but also an important archaeological site that contains a wealth of information on the lives of Pompeians and Romans. A stunning feature of the human remains at Pompeii is that the bodies have been encased in hardened ash, which means their bones were well preserved. 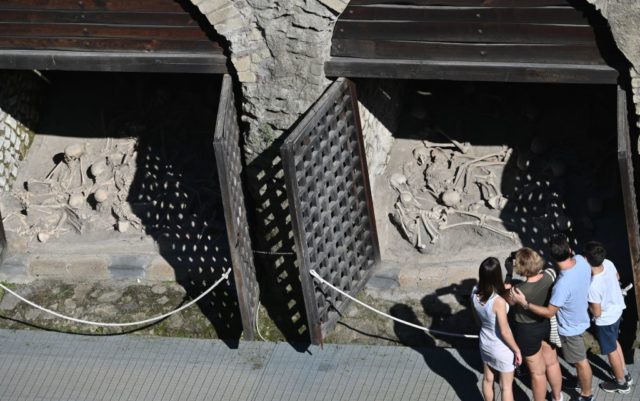 The two Pompeians in the Casa del Fabbro were a 35-40 year old man and a woman over the age of 50. The remains were discovered during an excavation that began in 1932. They were selected for analysis by a group of scientists who wanted to study them for DNA sequencing. In 2017, DNA was extracted from the man’s skull, which led to a successful sequencing of his DNA. They did try to analyze the DNA of the woman as well, but there were too many gaps in her sample.

Poor health may have stopped them from escaping

The scientists didn’t just look at their DNA, but also at the markings on both their bones. The woman had markings that suggest she had a form of arthritis, while the man may have had a serious form of tuberculosis. His tuberculosis diagnosis was backed up by his DNA analysis, as it contained bacteria known to cause tuberculosis. It is likely that he was already sick before his death. Her arthritis and his tuberculosis are what may have prevented them from trying to flee the disaster. 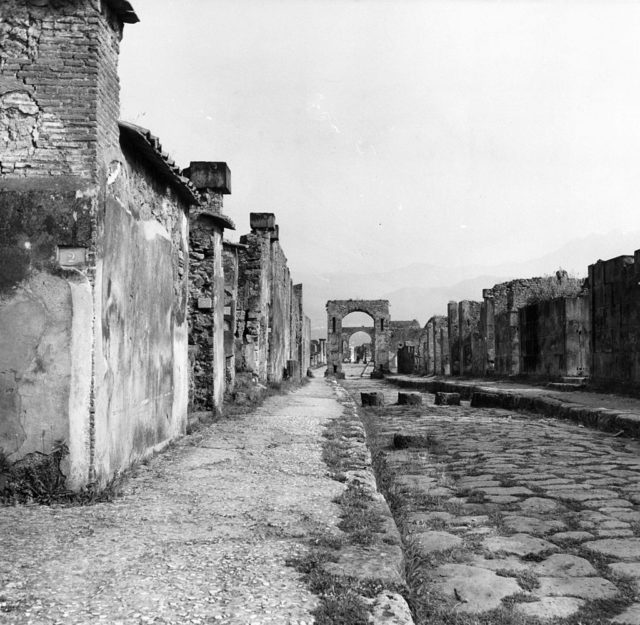 His DNA reveal information about his health and it also indicated that the man contained a group of genes common in people from Sardinia, but not people in the Roman Empire. This means that there may have been a lot of genetic diversity throughout the Italian Peninsula.

Given the success of analyzing almost 2,000-year-old DNA from human remains at Pompeii, researchers involved in the study think that there is much more that could be learned about biodiversity in 79 AD.

The Project of Literature: Susan Sontag on Writing, Routines, Education, and Elitism in a 1992 Recording from the 92Y Archives – The Marginalian